The Elongated Man first appeared in Flash #112, published in 1960 where he upstaged the Silver Age in a series of cases, until the two teamed up to stop a common opponent. A tenured member of the Justice League, Ralph Dibny has only had a four-part mini-series published in Elongated Man: Europe '92. The year 2004 where the character's life shifted completely in the Identity Crisis mini-series, coincides with the first ever figure of the character.

This figure is based on the 1970s Bronze Age version of The Elongated Man who was a member of the Justice League of America. He was. The black collar on his torso is reminiscent of Plastic Man's open collar. The suit is red and black, colours again who recall Plastic Man more than the traditional purple wore by the character. Dibny's belt is thinner than in some of the artwork from old Justice League comics.
Sculpt

The sculpt is great. Created by Tim Bruckner, the Elongated Man has no pose. He's thinner and taller than other of his Justice League comrades, which is fair. His nose has a long tip, which is inline with the character's classic depiction. Instead of making his limbs or abdomen long, the sculptor chose to make the stretch the Elongated Man's neck. This is a wise decision, as this one part of the character's body that's most often elongated.

The base plastic is probably white. That means that the entire figure is painted. There are only minor bleeds. The Elongated Man has highlights in his hairs. His boots and gloves have shiny coatings to make them appear like vinyl.

The Elongated man is stable, with his extended neck attachment or without. That's very important as it changes the balance on the figure. Not too top heavy, the figure's legs are sturdy and the feet flat enough to support the figure. The figure doesn't even need the action figure stand with which it came.

Elongated Man has, counting the extra neck attachment, ten points of articulations. There are articulations at the neck, the shoulders, the elbows, the hips and the knees. The shoulders are ball joints, but very stiff. There are similar to some of DC Direct's early ball joints on figures such as Dr Fate.

The PVC used for Elongated Man is the same one DC Direct used in the past. It's heavier but more resistant. It won't bend easily in warm weather. 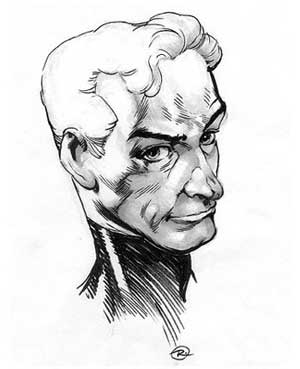 Prices on the Elongated Man figure vary. Some places sell them for $11 while others sell them as high as $25. Offline prices vary as DC Direct does not set a standard price for the figures. Larger stores with big orders may offer a better discount. Other stores also offer the figure as part of a whole case with a discount.

I estimate that DC Direct may have received orders for about 12,000 Elongated Man figures. This number is much lower than the estimated number on Hush action figures and a fraction of Marvel Legends. The figure is only available in specialty stores. Except the new Mattel figure, this is the only Elongated Man figure ever made. So if this character is a favourite of yours, don't wait. DC Direct rarely re-offers figures.
Read related reviews such as: