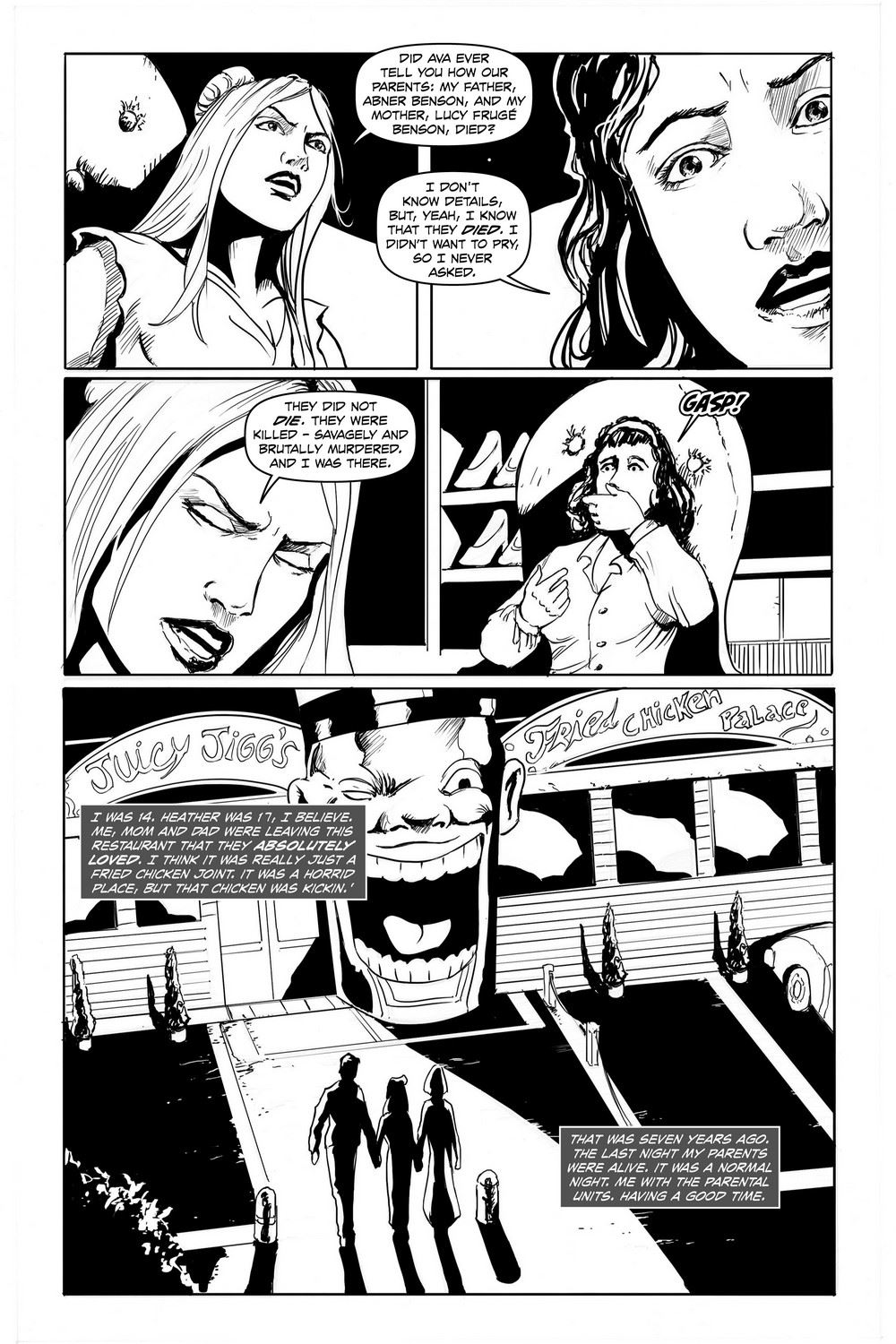 The front or facade of “Juicy Jigg's Fried Chicken Palace” references the “Sambo,” mammy,” and “minstrel” images.  These icons, of sorts, were the standard used to depict Black Americans in everything from cheap illustration and advertising art to fine art and corporate and product iconography.  They were meant to stereotype by exaggerating perceived universal physical characteristics and common behavior associated with Black people.

I was shocked to discover, via a book on the subject, that for decades restaurants used “Sambo” and “minstrel” iconography as logos, trademarks, and identifiers.  Some incorporated “Sambo” in their architecture, even to the very foundation and appearance of their restaurants.  There were even chain and franchise restaurants that did this, including a chain that existed in and around Utah into the 1980s!