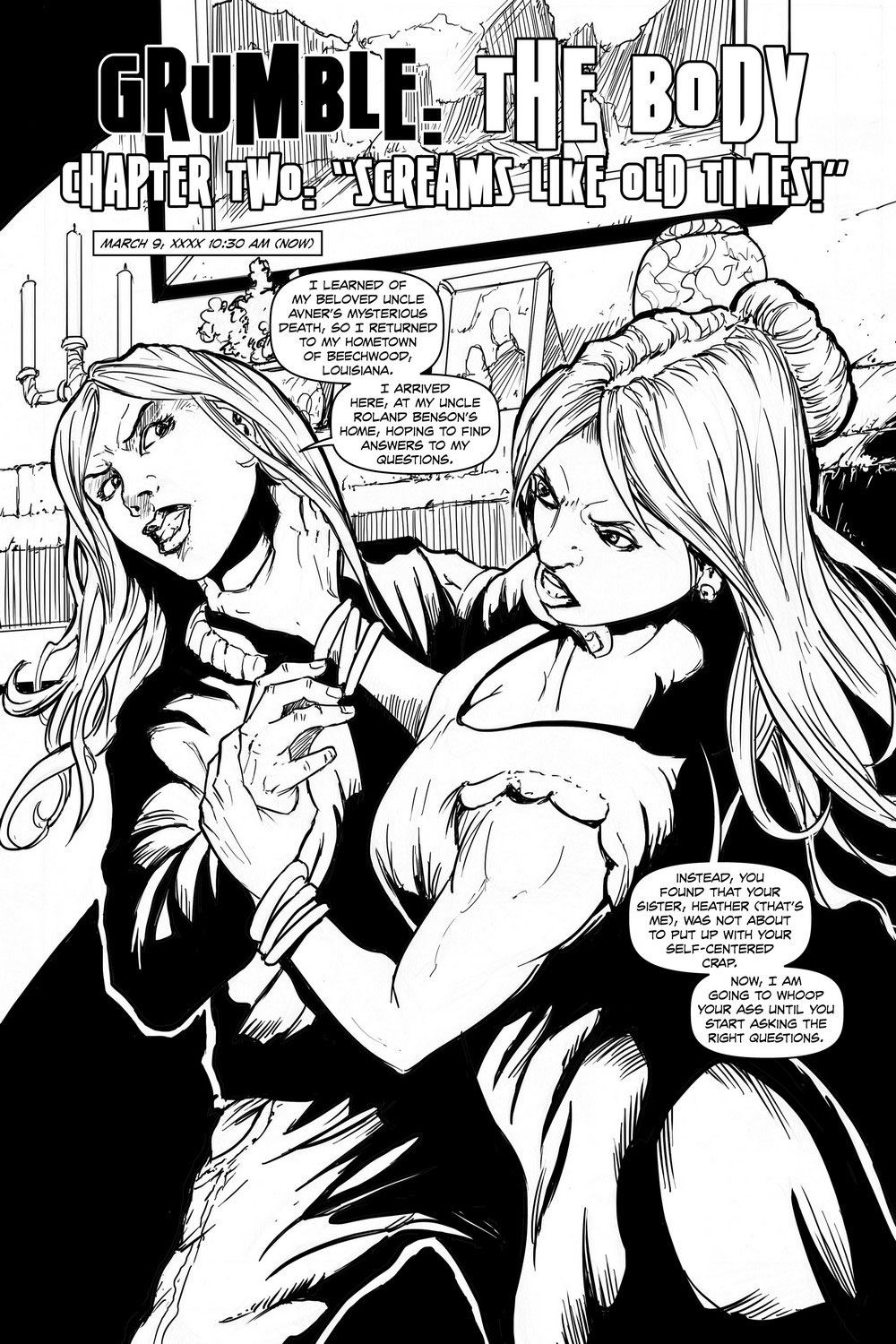 I don't think I planned this page very well.  I wanted a splash page for the title page, but I was more interested in the design of it than I was about the story.