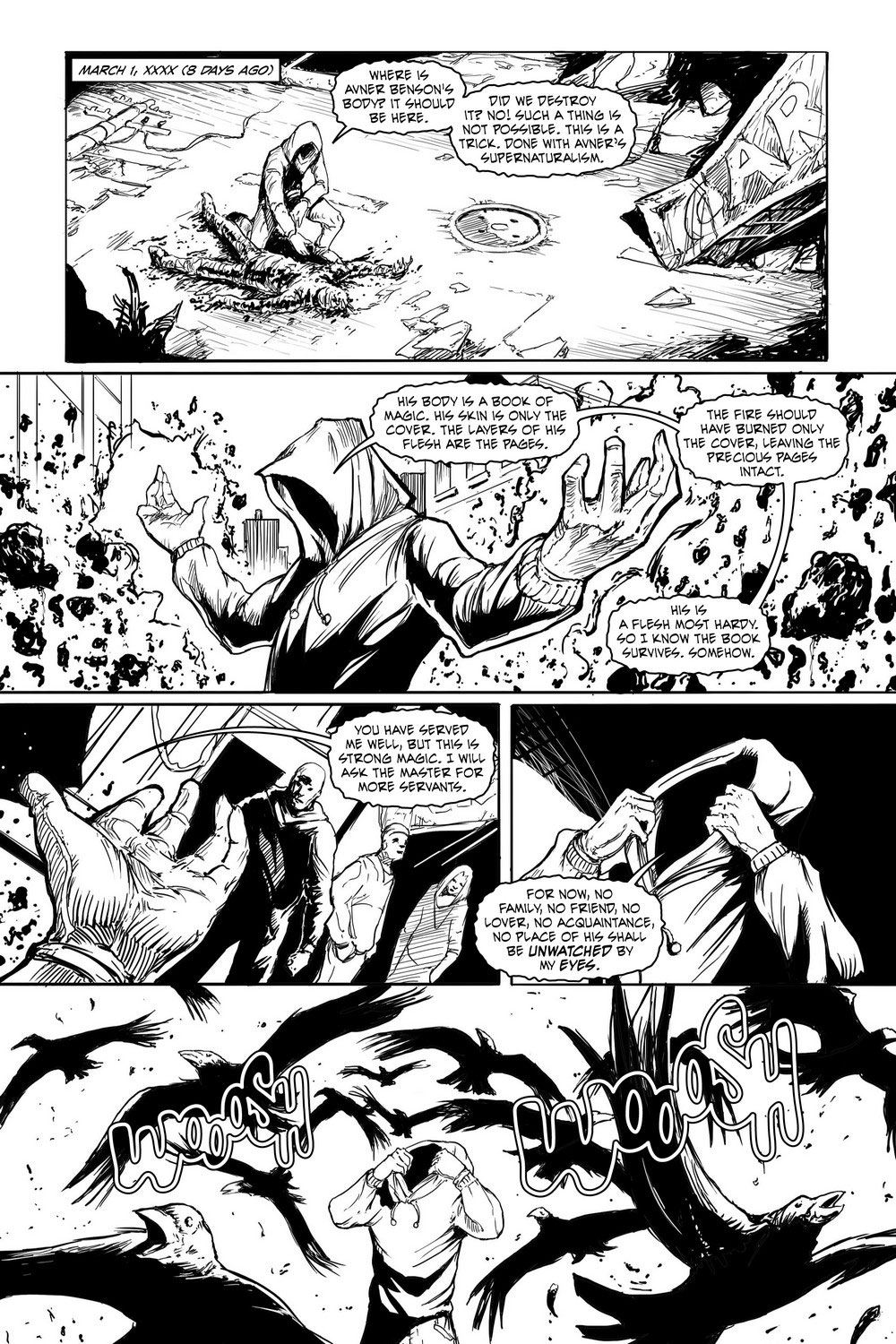 Some may recognize one the panels on this page as being similar to a sequence in a famous comic book.  Talent borrows.  I steal.