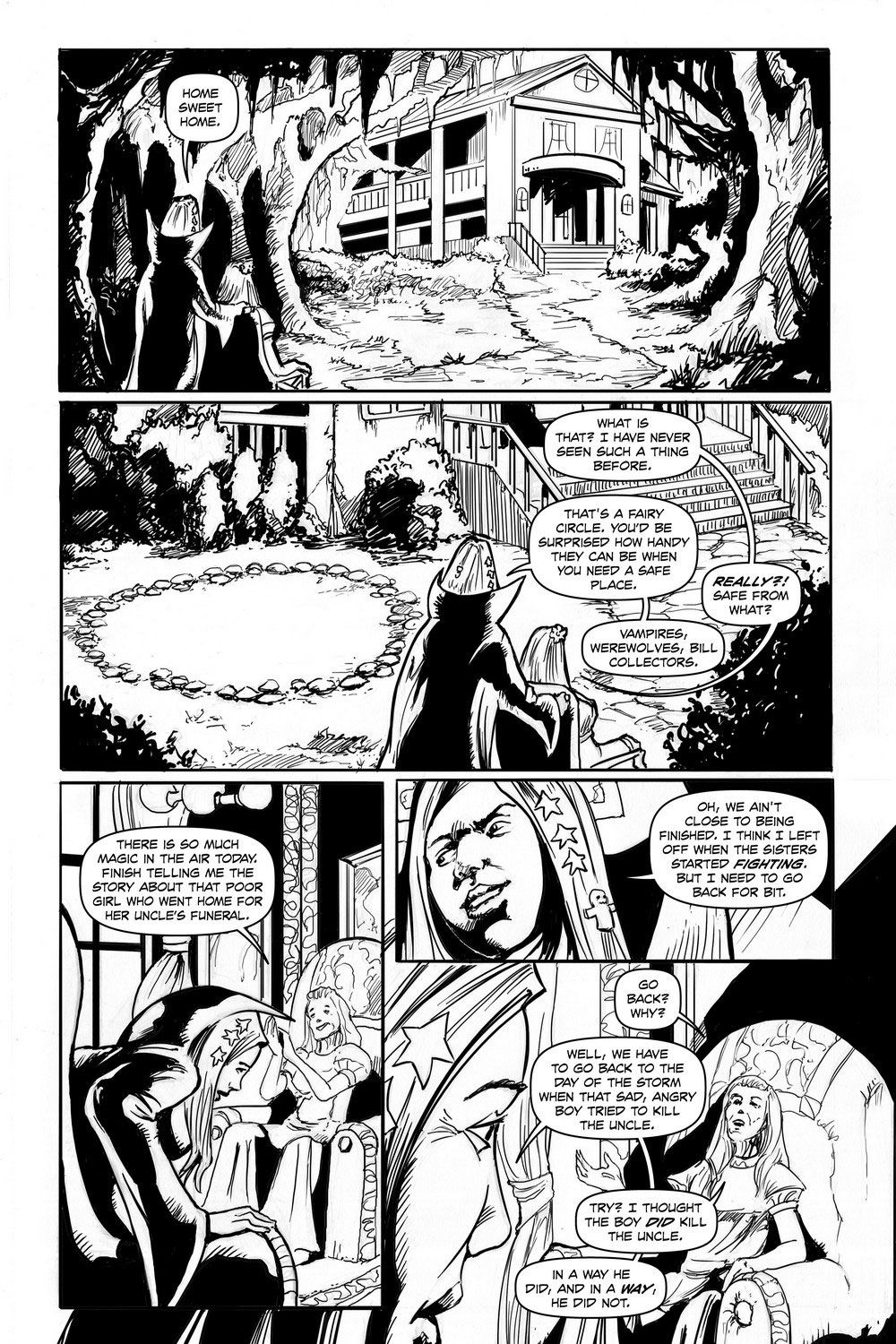 This page is an homage to or references comics and movies that I remember fondly or have influenced me.  The fairy ring refers to the one that appears in the 2013 film, Don't Be Afraid of the Dark (a remake of a 1970s TV movie).

The overall visual feel of the page recalls Alan Moore's Swamp Thing as drawn by the wonderful artists, Steve Bissette and John Totleben.  When I am writing Grumble, I also think of the great EC Comics artist, Graham Ingels (don't call him “Ghastly”).  That's it in a nutshell.