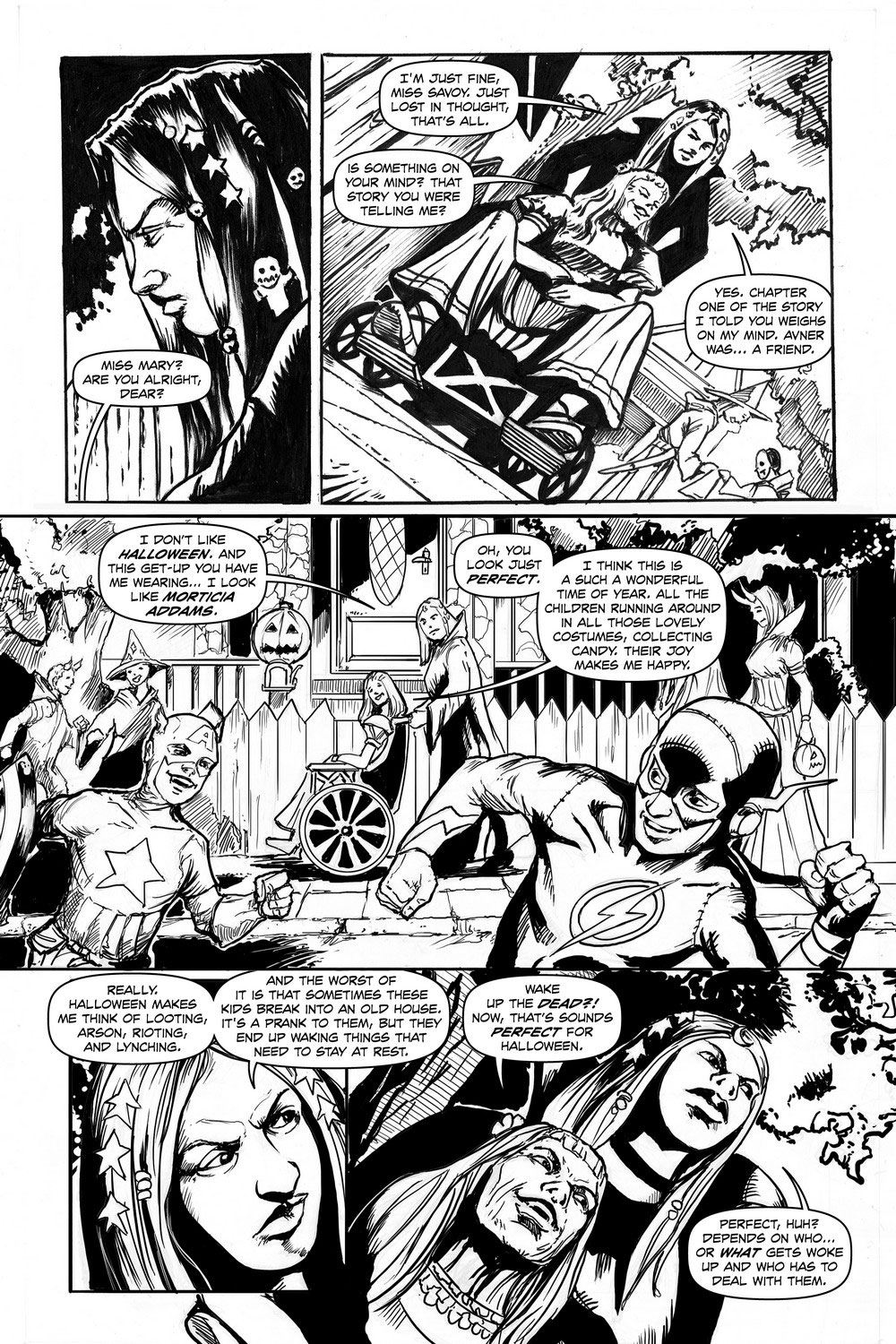 Welcome Back! (or) Hello!  As I wrote the script for Grumble: Chapter One, I often felt neurotic about using an omniscient narrator in the caption boxes.  Then, it occurred to me that I could have a narrator that is actually a character.

Grumble, in part, is about stories, folk tales, legends, myths, etc, so, I thought, why not tell the tale of Ava Benson's return to Beechwood as a sort of bedtime story or campfire story being told within the comic book by another character – a comic within a comic?  Not quite.  So Grumble: Chapter Two introduces Miss Mary and Miss Savoy.

I based Miss Mary on my mother, and Miss Savoy is just an amalgamation of a few different people and places.  I like Halloween, but the idea of having Ava's story being told on Halloween came to me like a flash of inspiration.  And I've always thought that Halloween is not complete without some kids dressed as famous comic book superheroes.  That's why Miss Mary and Miss Savoy are walking through Halloween revelry and spot two boys who seem quite familiar.