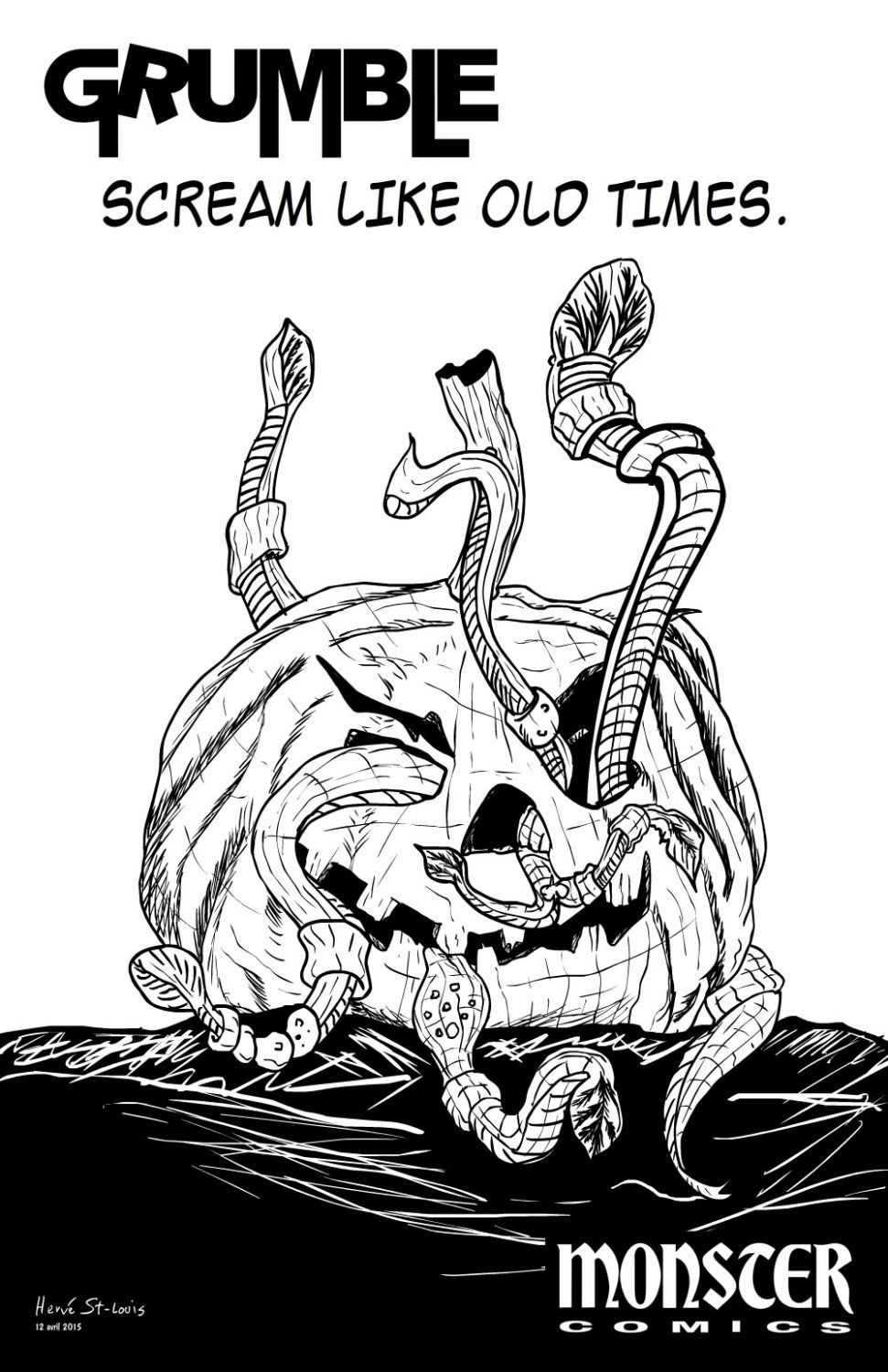 Welcome back to my horror and dark fantasy webcomic, Grumble.  A few years ago, after series artist, Diego Candia, finished drawing Chapter One, I wanted to publish it as a promotional comic book.  I commissioned a cover for the promo comic book.

As we embark on Grumble: Chapter Two, I wanted another "cover," but, quite frankly, I spent way too much money having that first cover drawn and processed.  I live and learn.  So ComicBookBin publisher and fellow comics creator, Herve St. Louis, offered to illustrate a title page in place of having a pricey cover produced.  It touches on some ideas presented in this next chapter.  I hope it holds you until Chapter Two - Page 1 debuts next week.

As I said, I printed some promotional copies of Grumble: Chapter One through a POD printer.  I will sign and number a copy of this "rare" comic book for $5 post paid, which you can purchase here.