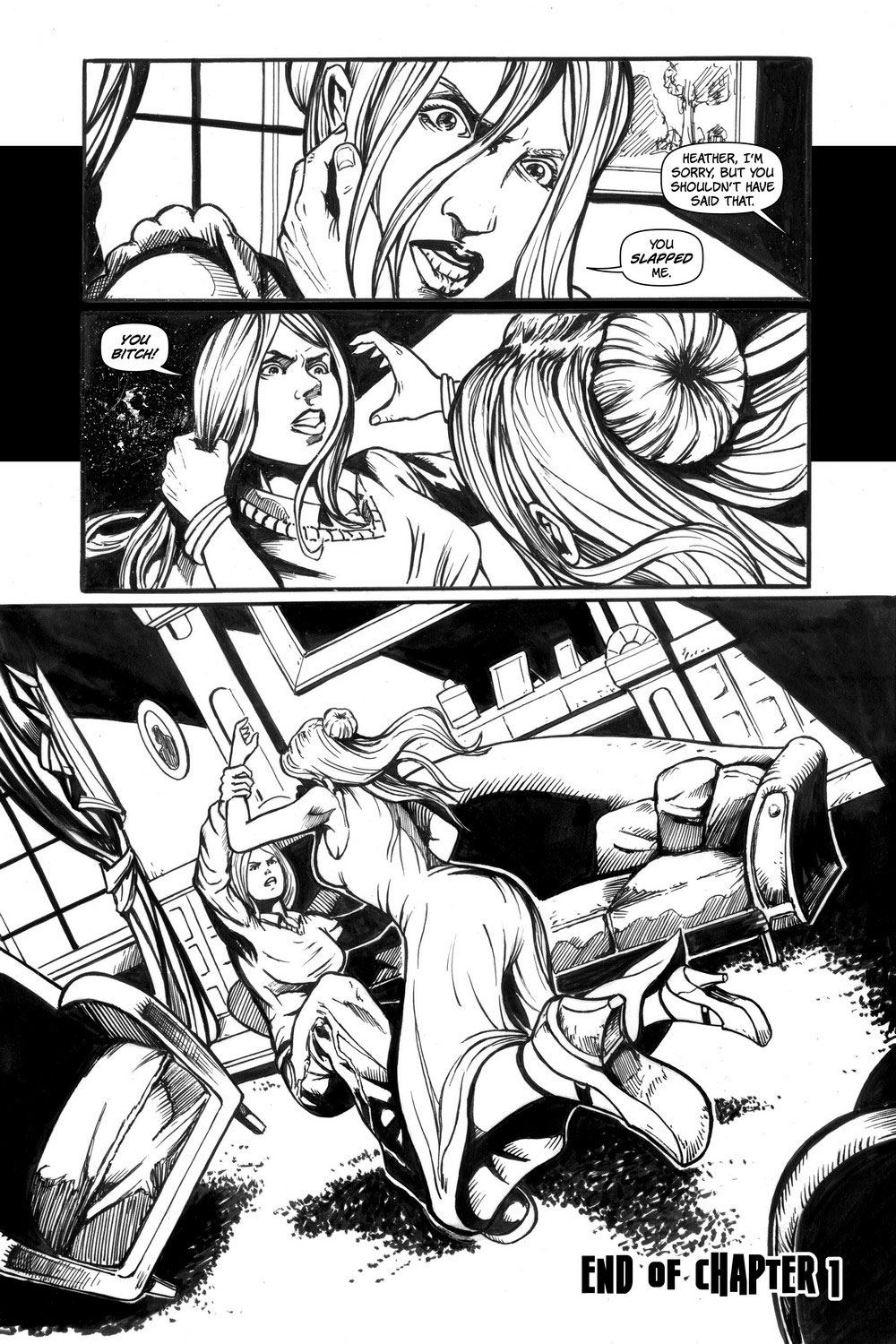 NOTES ON GRUMBLE: CHAPTER ONE – PAGE 24:

I wanted to show that both sisters can fight.  This is especially important in regards to what Ava will do later in this first story arc (“The Body).

Well, we come to the end of the first chapter.  Sometimes, I wonder how I got enough people to work together or, at least, to do their part to bring this first chapter to life.  Hopefully, I will be able to continue posting the second chapter on a weekly basis.  However, I am having “production issues.”  See you in the funny pages... I hope...