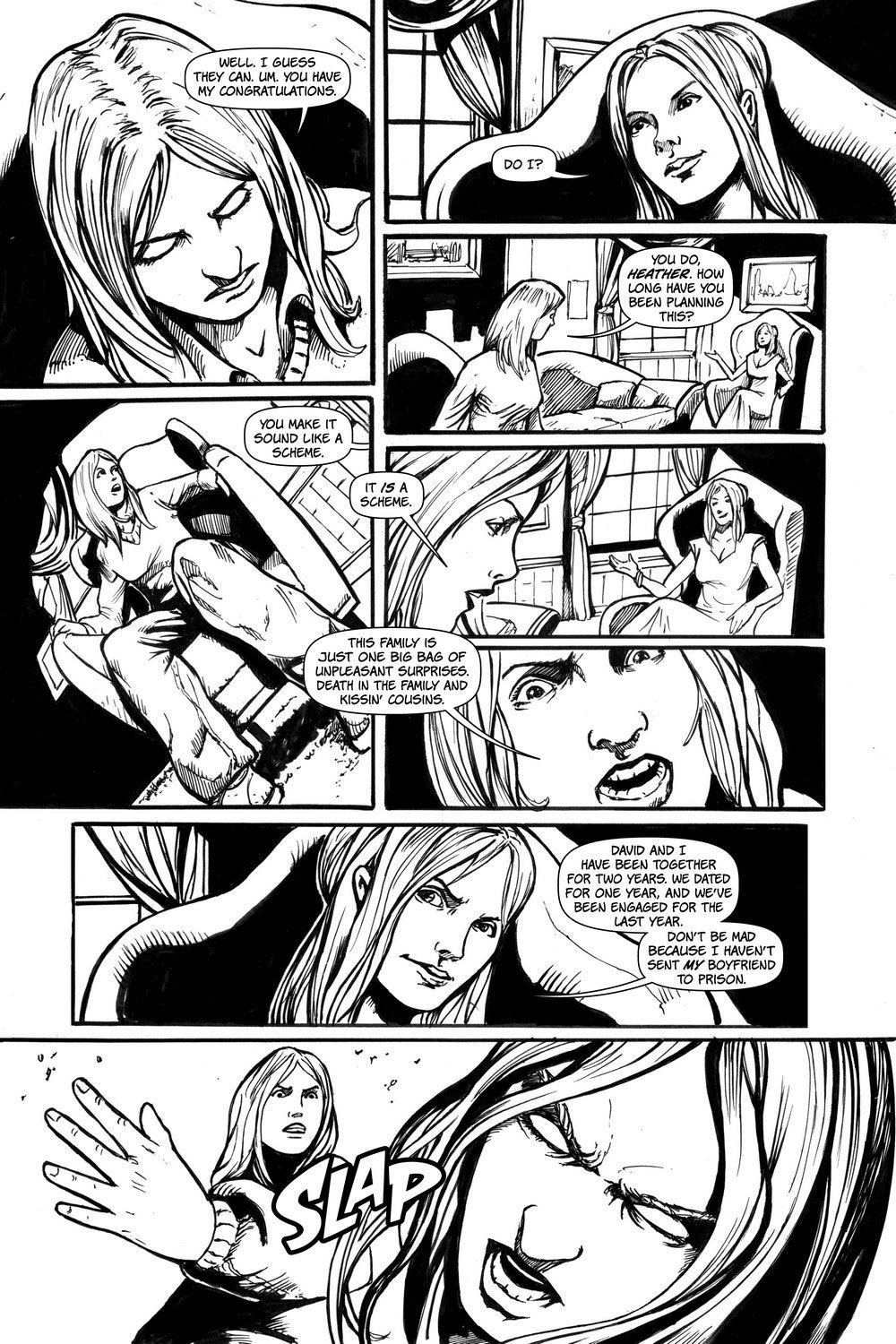 NOTES ON GRUMBLE: CHAPTER ONE – PAGE 23:

Looking back, I don't remember much about writing this page.  I know that I wanted Ava and Heather to argue and to eventually physically fight each other.  I think that Ava's harsh words about Heather marrying their cousin, David Fruge, was the only thing that I definitely knew I wanted on that page.