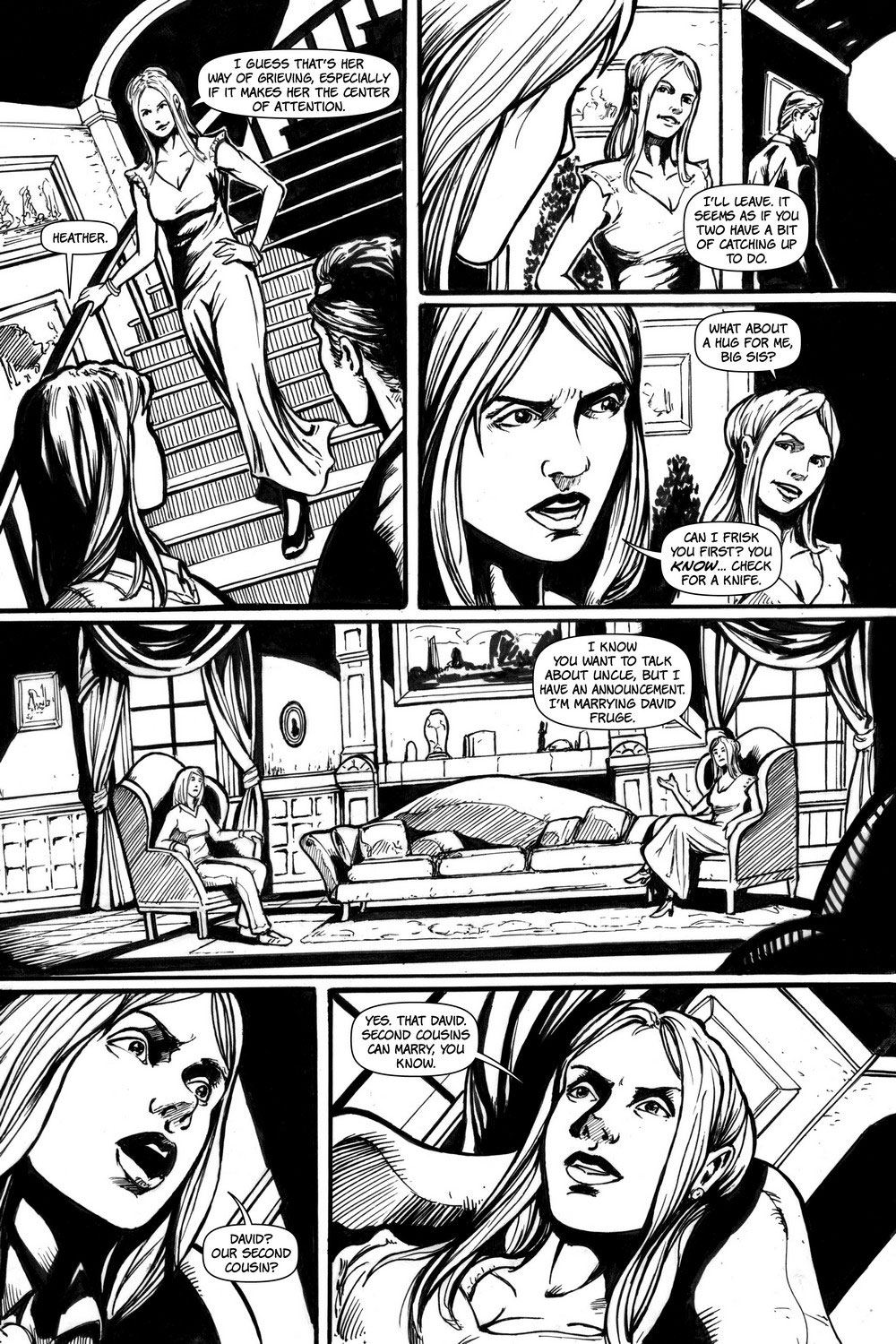 NOTES ON GRUMBLE: CHAPTER ONE – PAGE 22:


From the minute that I conceived Heather as Ava Benson's sister, I knew they would fight.  Her name comes from the distant past.  A friend of mine had a college girl-pal named Heather whom he called “Heater.”  Plus, I have liked the name Heather since I first saw the Michael Lehmann-Daniel Waters film, Heathers (1988).

I have to give credit to artist Diego Candia for giving Heather her sexy swagger as she saunters down the stairs.  She's like Lauren Bacall and Kathleen Turner in one bad-ass package.  I want to play Heather as brash, outspoken and truthful against Ava as pugnacious but in denial.