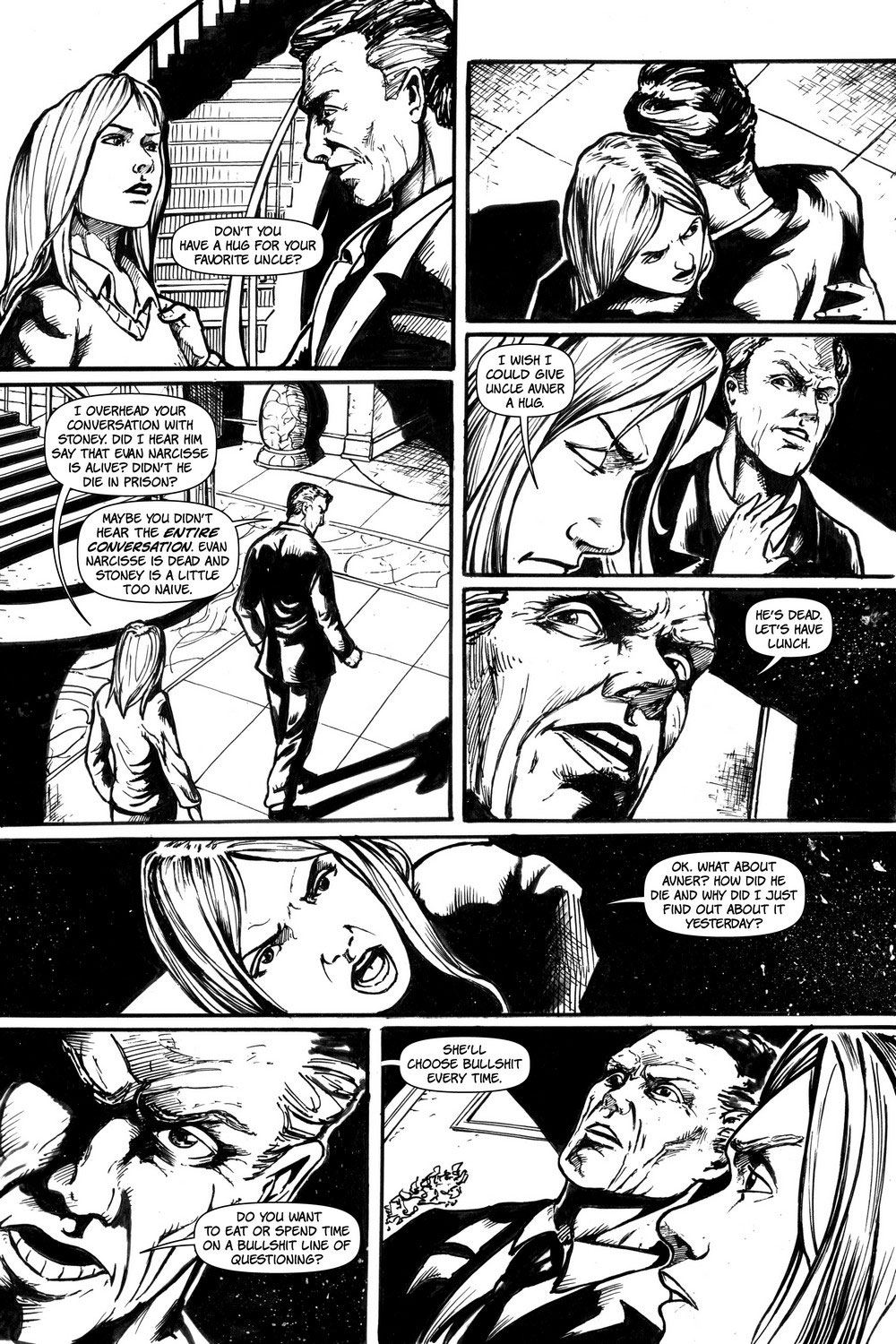 NOTES ON GRUMBLE: CHAPTER ONE – PAGE 21:
I saw and still see Ava's Uncle Roland Benson as a disingenuous Mitt Romney type – screwing people over for money, no matter the personal and professional cost to others.  I wanted to play that up in his first arguments with Ava over the death of his brother, Avner.  I wanted him to appear just a tad too aloof about the death of a sibling.