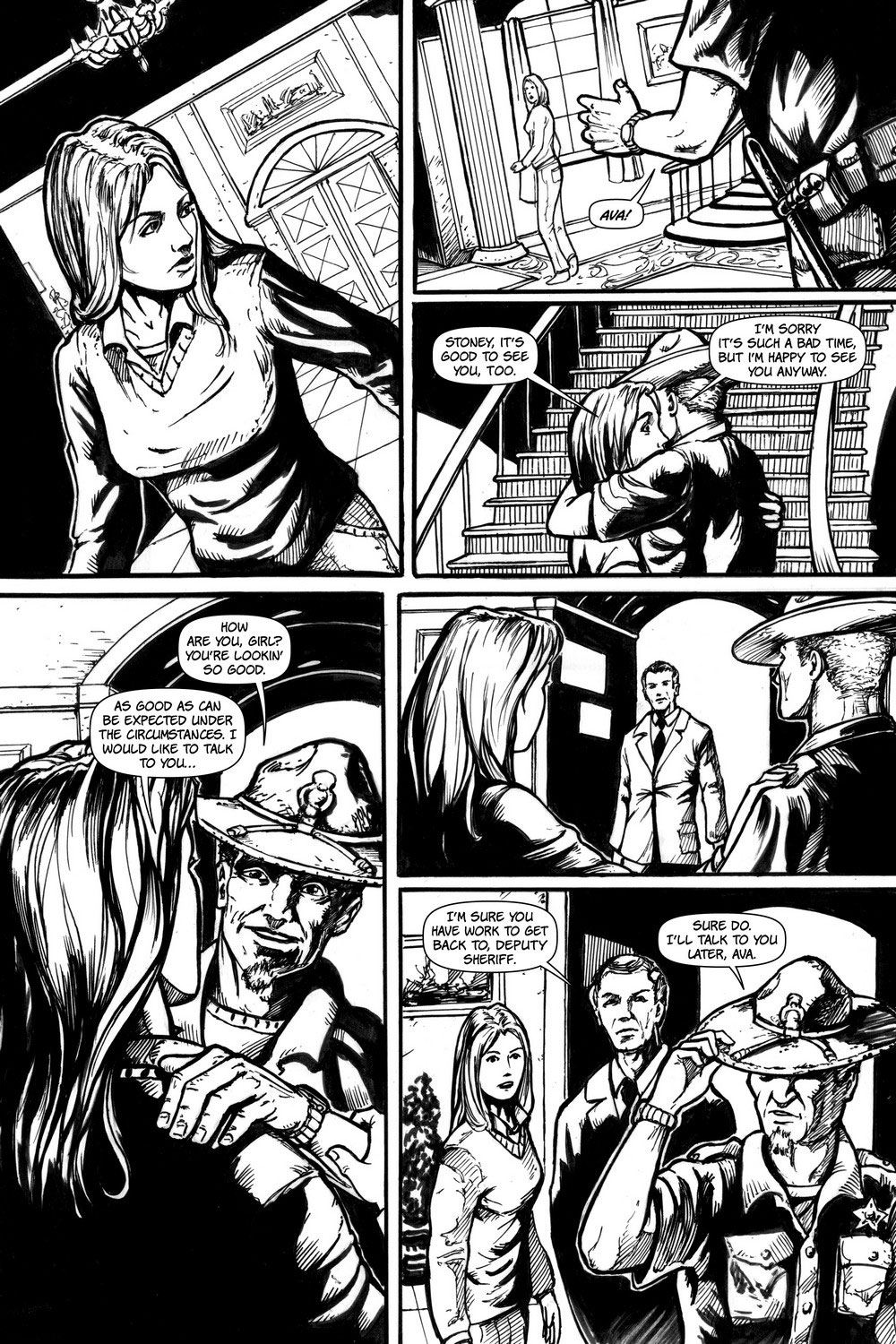 NOTES ON GRUMBLE: CHAPTER ONE – PAGE 20:

I used this page to establish Ava's relationship with two characters, Stoney Jackson, an old boyfriend, and Roland Benson, her uncle and her late father's eldest brother.  I am at a crossroads with Ava and Stoney.  How deep should I go into their relationship?  Is it even “deep?”