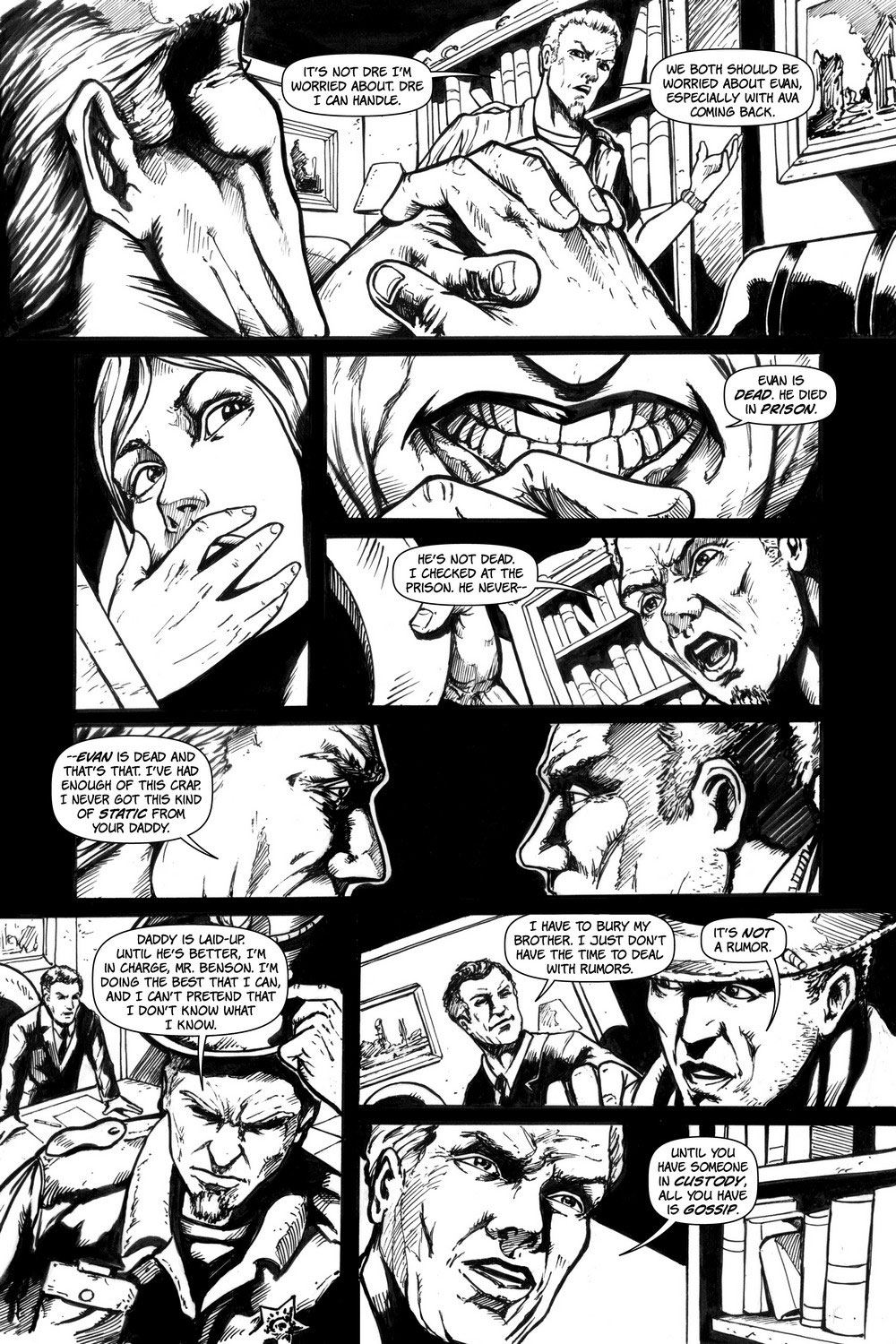 NOTES ON GRUMBLE: CHAPTER ONE – PAGE 19:
I was hot to depict an argument.  I think I wanted to show two characters arguing as much as I wanted to move the story forward.