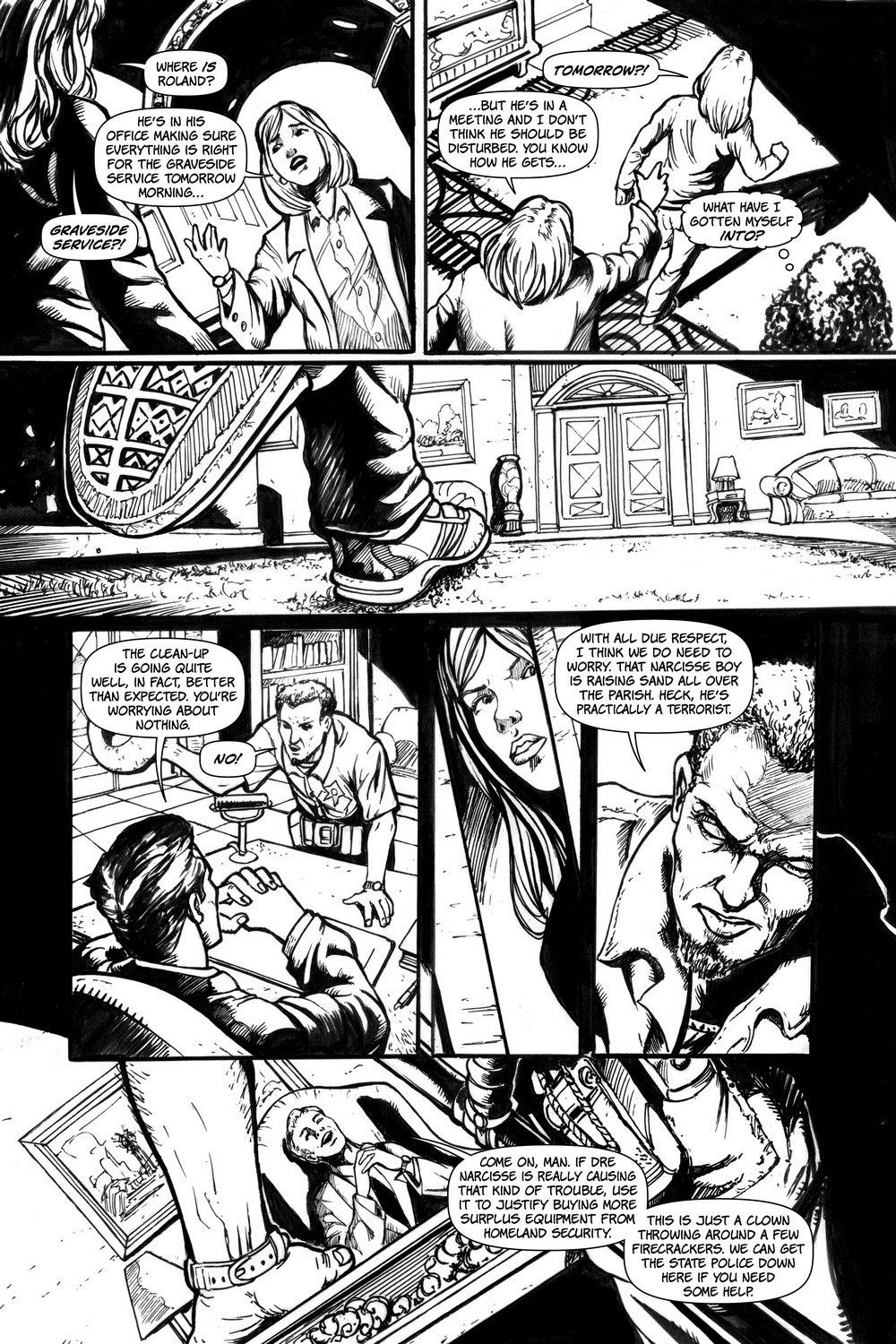 NOTES ON GRUMBLE: CHAPTER ONE – PAGE 18:
I used this page to start establishing relationships and lines of conflict that would be among the most important in this series, especially in the first arc.  Readers will see Deputy Sheriff Stoney Jackson clash with Roland Benson and his interests again.  I also started to insert Ava's adversary, Evan Narcisse, with whom she has a tangled and troubled past, into the story.