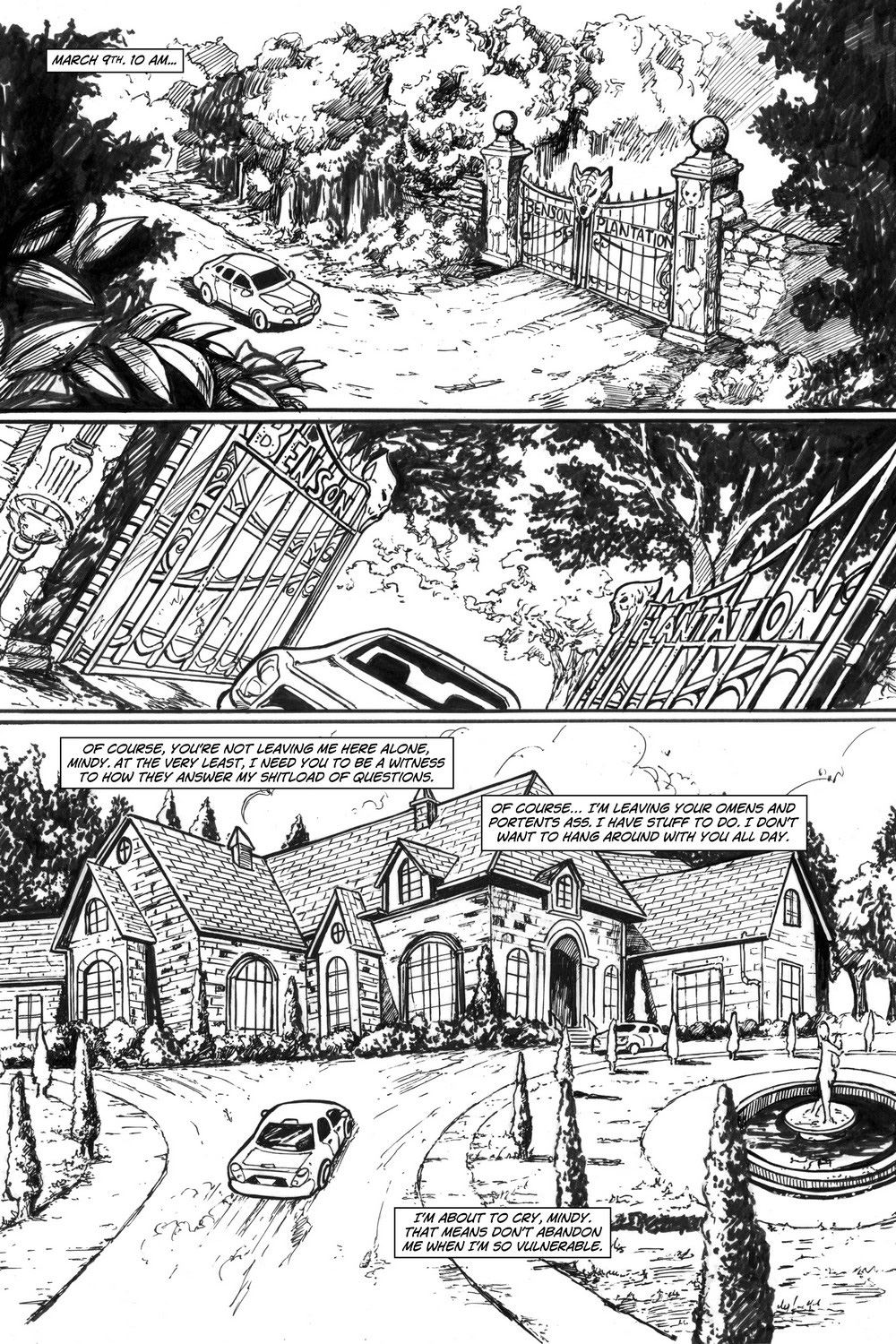 NOTES ON GRUMBLE: CHAPTER ONE – PAGE 16:

I wanted the home of Roland and Claire Benson, Ava's uncle and aunt, to be a palatial estate set apart in a secluded, wooded area.  Diego blew me away when he delivered this detailed page, with its lush foliage and a gated estate that said “Southern prudes.”  I love working with Diego and wonder why he isn't drawing for one of Diamond Distributors' premiere publishers.