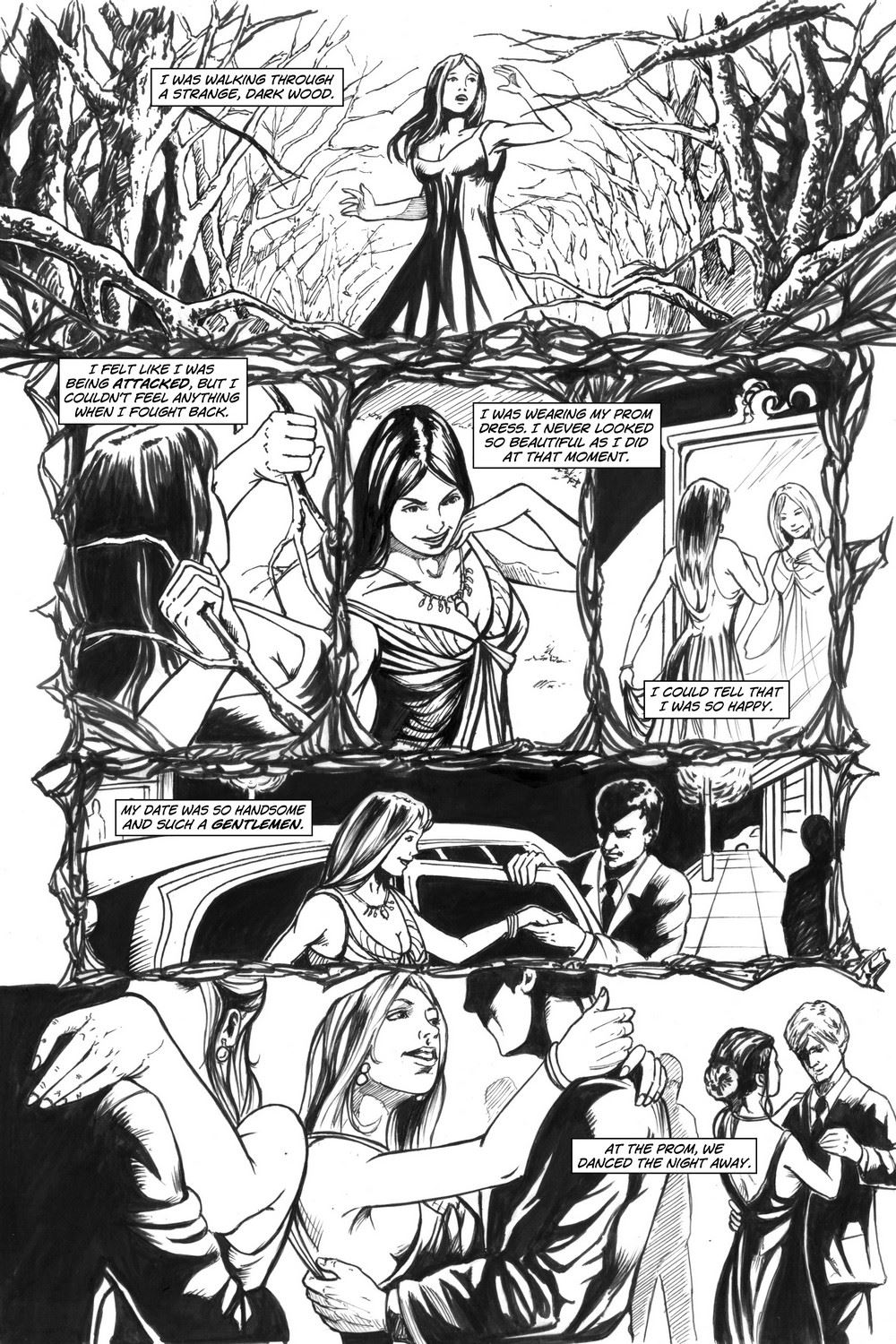 NOTES ON GRUMBLE: CHAPTER ONE – PAGE 14:

I had intended on not using dream sequences in Grumble.  However, I started to toy with the idea that Ava, who has deeply repressed memories, is forced to face those memories through her dreams.  In a scene on Page 15, Mindy Grant calls this particular dream a “vision.”  In truth, this dream is a combination dream and warning.

Visually, I conceived Page 14 with some inspiration from Richard Sala's great comic book, Delphine, which Fantagraphics Books collected in a nice hardcover book not too long ago.  The fourth panel on this page also references Bob McLeod's cover for Grumble: Chapter One, which is still creeping out people or disgusting them over two years after it was drawn.