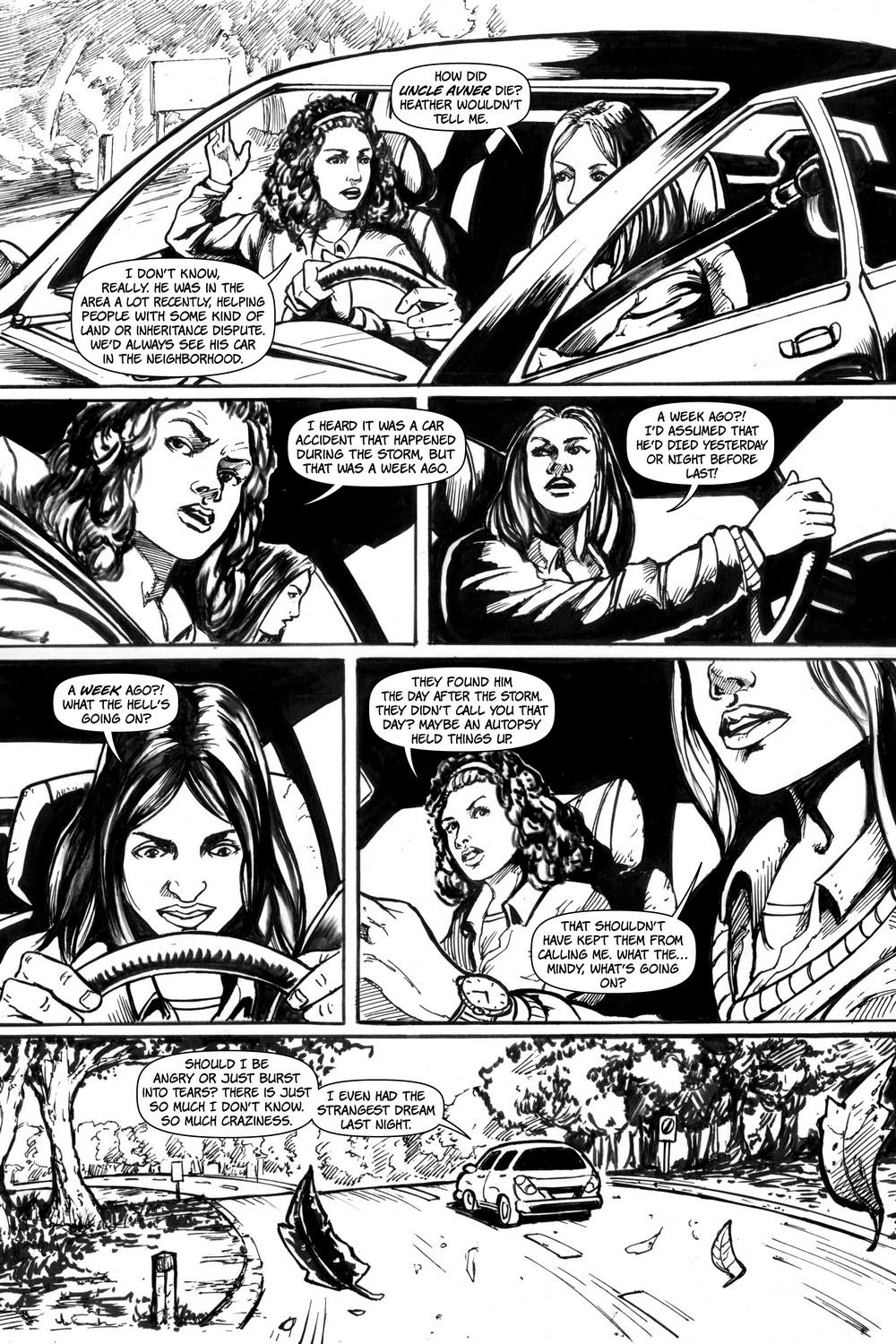 NOTES ON GRUMBLE: CHAPTER ONE – PAGE 13:

On this page, I was still trying to work out Ava's emotions, feelings, and thoughts about her Uncle Avner's death.  I remember when my eldest sister was killed ages ago, it seemed as if I could never get enough answers.  What's going on?  How did this happen?  Why did this happen?  I tried to convey that similar state of confusion with Ava.