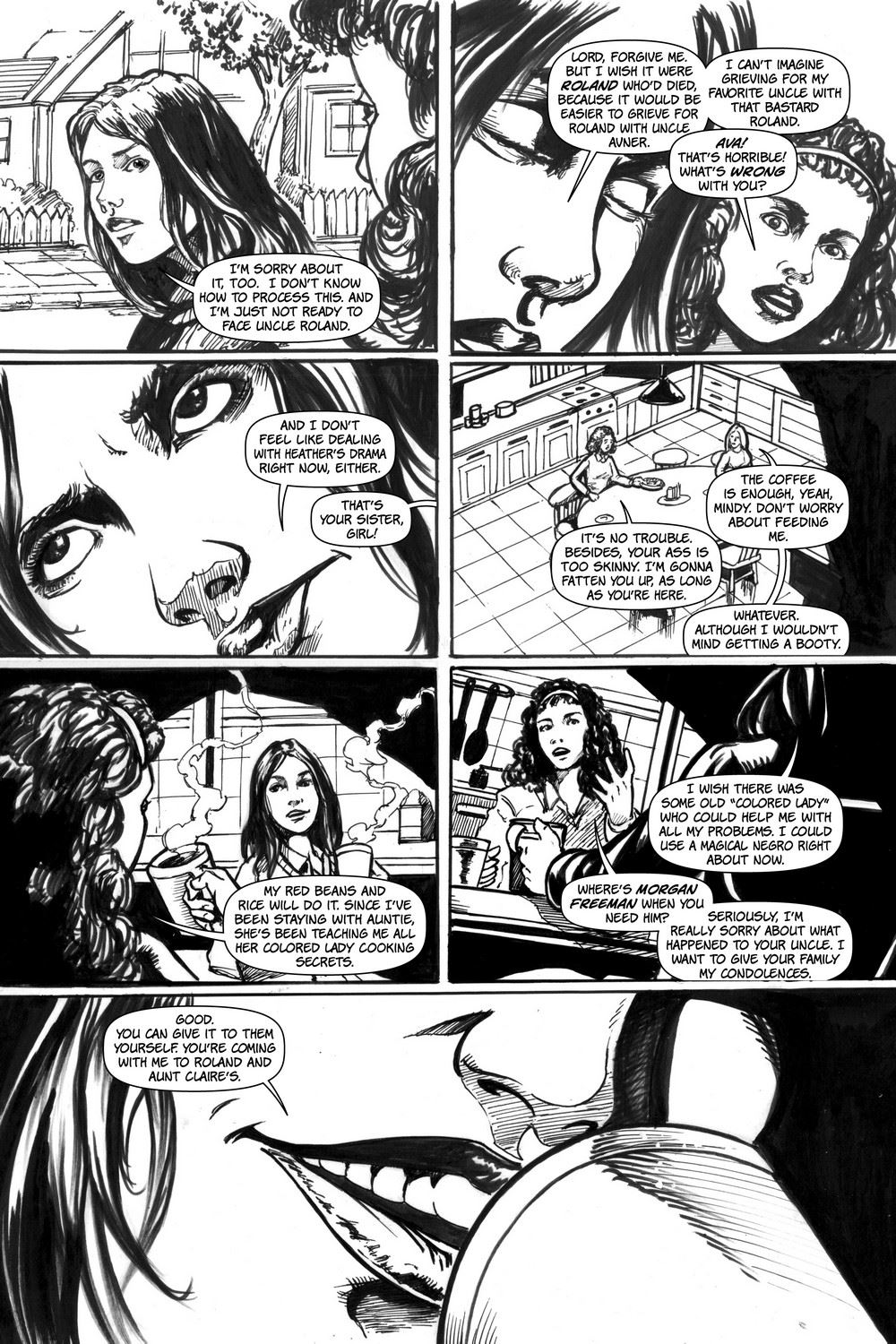 NOTES ON GRUMBLE: CHAPTER ONE – PAGE 12:
With this page, I was still trying to create a sense of familiarity between Ava and Mindy.  I think this is one of my Lifetime moments.