X-Men: The Evolution of a Revolution 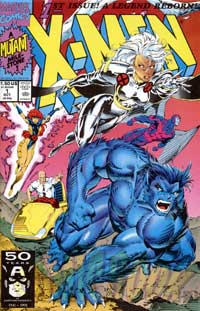 The X-Men have been one of Marvel Comics' most popular franchises for decades. Only Spider-man rivals their popularity. Yet this popularity has gone through many stages. As many know, when the series premiered in 1963, it was hardly popular. Stan Lee and Jack Kirby had created a new series where character obtained their powers from birth. They were mutants.

The original element of the X-Men series was that the characters were outcasts from society. They were minorities. Just pitting the X-Men against a society that hated them but that they were swore to protect made them different from other super heroes. Perhaps it was the time but the theme of minorities persecuted by a majority was not very popular with 1960s comic book fans.

After battling cancellation several times and relaunching, the arrival of the new team gave the series an infusion of life in 1975. Instead of kids attending a school, this new team was older and international. Characters from several countries and origins made their first appearances there. One of them the Canadian Wolverine, would become the most popular X-Men ever. 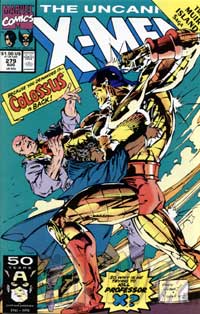 After Len Wein and Dave Cockrum introduced and mostly designed the new team, a new writer, Chris Claremont took over and began the longest run ever in the team's history. Soon followed by artist John, Byrne, the pair began designing what many would consider the classic storylines in the lives of the characters, including, the Phoenix Saga and Days of the Future past.

Eventually, Byrne left to work on Alpha Flight, a spin off title about a Canadian super hero team. A series of artists joined Claremont on the X-Men and continued to spin new adventures for the characters. While Claremont and company created many new ideas during this time, the 1980s, many stories revolved around old concept he had developed in the 1970s.

Marvel created other spin-offs. The New Mutant returned to the concept of a school for mutants head by Professor X and Magneto for a while. There was X-Factor, a series reuniting the original X-Men. Several characters received their own mini-series went through transformations and various costume changes. Finally, Wolverine finally received his monthly series, in 1988.

Starting in 1991, Marvel Comics decided to relaunch the X-Men universe again. By this time, the X-Men's popularity was based on a slew of new artists working on several marvel series. The X-Men were split into two series. Uncanny X-Men continued, while X-Men was added to the mix. Peter David changed X-Factor and the New Mutants became X-Force. All was fine in the X-world.

The various series continued and changed several times until the new millennium and the new regime by Joe Quesada. The new Marvel Editor in Chief ordered a streamlining of all the series and invited new creators to lend their hand to the X-Men world. Most of these efforts' ultimate goal was to present a fresh face to new comic book fans joining the fray after the popular 2000 film. 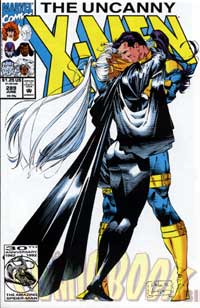 This time, the X-Men were picked to star in a new series, the Ultimate X-Men. The Ultimate X-men were part of the Ultimate Universe, a new Marvel world where each of their most popular characters are re-branded and restarted for contemporary times. This new series benefits from the availability of a large resource of themes and stories and large fan base.