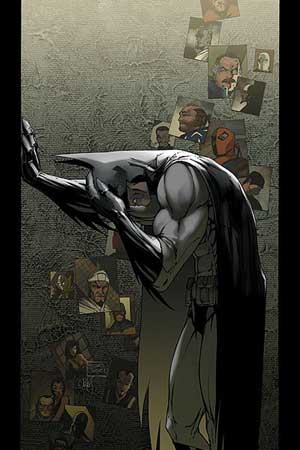 Meltzer continues to come up with surprises, even beyond the whodunit of the murders. Minor incidents in past issues suddenly assume great importance, letting us know that nothing can be taken for granted. The stakes between villain and hero have also gone up with each side suspecting the other. But amid all the suspense, the writer and the artists also come up with some very moving scenes including a tableau of the superheroes' reflecting on all the loved ones they have lost. This may not be the universe-changing event like "CRISIS ON INFINITE EARTHS" or a landmark of the genre like "KINGDOM COME" but it is first-rate entertainment. Yes, we do find out who the killer is.... but Meltzer has shown his ability to confound us before so this could all be another red herring. The only worry now is whether the final issue will live up to expectations built up by the previous six issues.