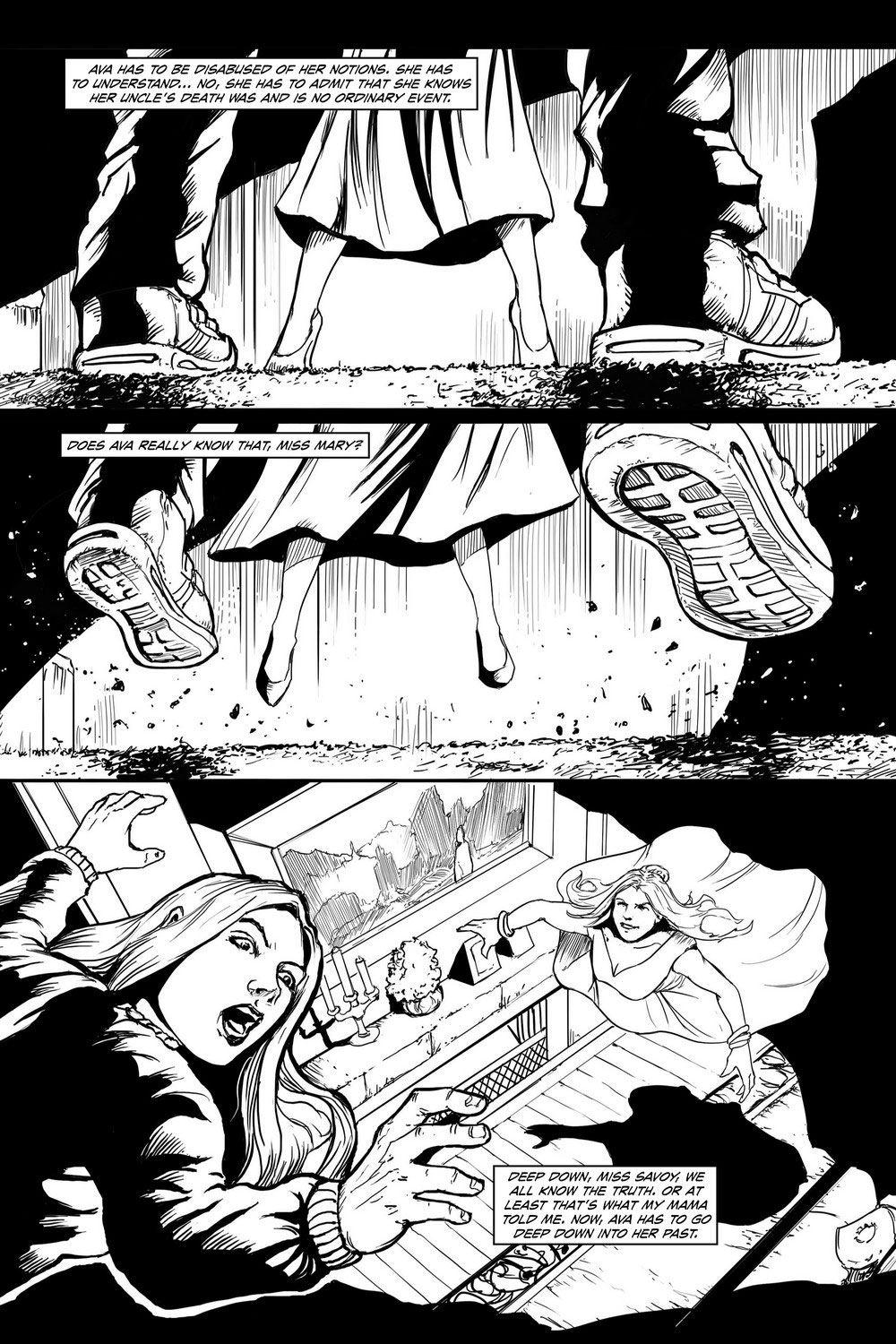 I wanted this page to be the page that would say, “Oh, there is definitely big magic in this story.”  At the same time, I have struggled with this page.  Is it too much?  Should the story stay more grounded in terms of being fantasy.  I'm still struggling...