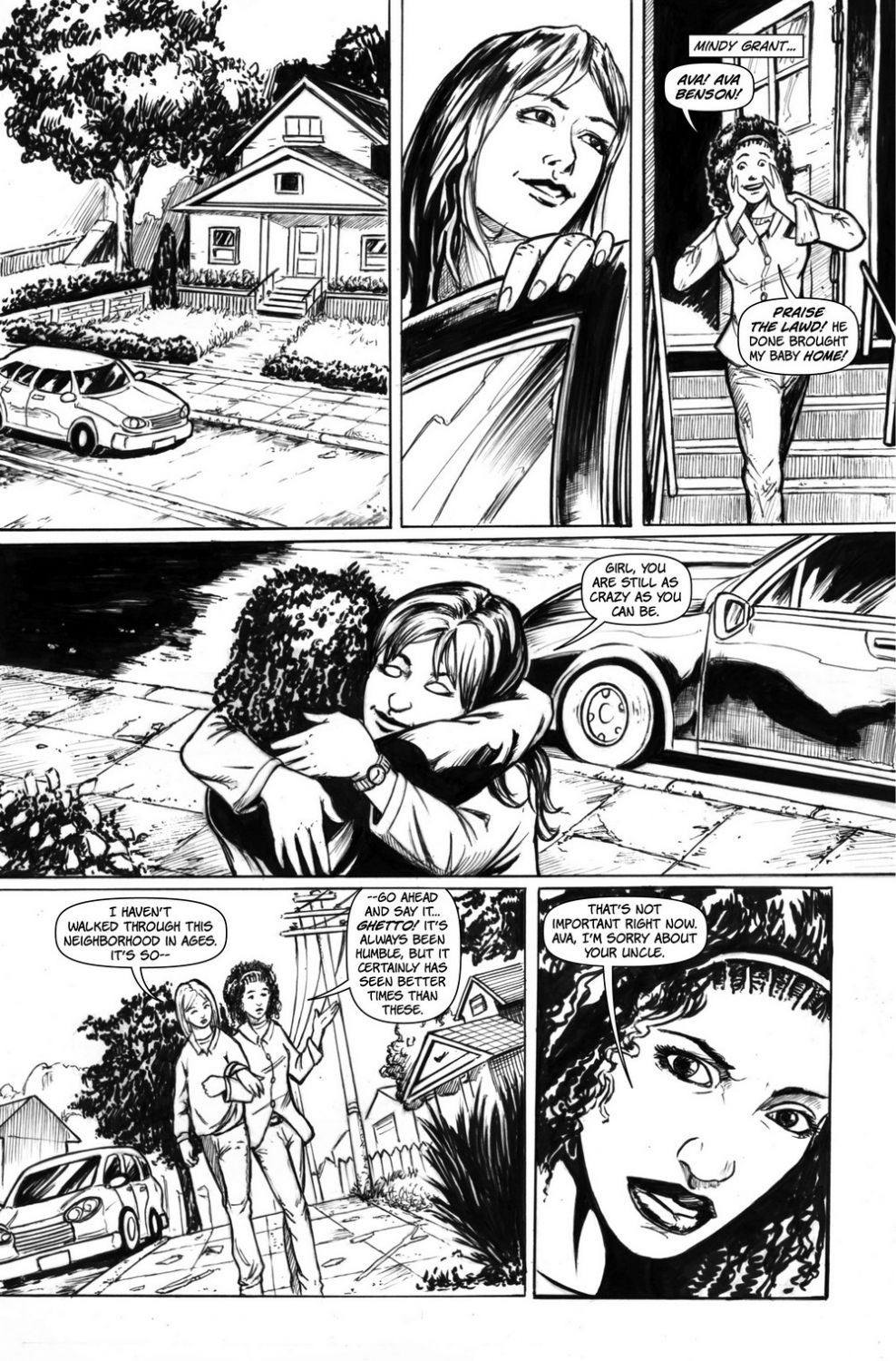 NOTES ON GRUMBLE: CHAPTER ONE – PAGE 11:


I can't think of anything in particular that influenced the creation of this page from a script writing point of view.  I may have been thinking of the friendship between Virginia Madsen's “Helen Lyle” and Kasi Lemmons' “Bernadette 'Bernie' Walsh” in Candyman (1992).

I did want to create a relaxed mood, a sense of familiarity, between Ava Benson and Mindy Grant.  I guess that is important, especially considering that Mindy will be keeping secrets from her best friend, even lying to her later in the story.

Now, we are presenting Page 11 of Grumble Chapter One, in which in which we experience a moment of homegirl love and sister-girl reunion.  Monster Comics, in association with the Comic Book Bin, joins in the launch of Comic Book Bin Sunday Comics or, as I like to call it, "Bin Sunday Comics."  We are starting with the first chapter of my dark fantasy and horror comic book, Grumble (a relaunch of sorts).  This will be followed by the debut of Grumble: Chapter 2, sometime next year.