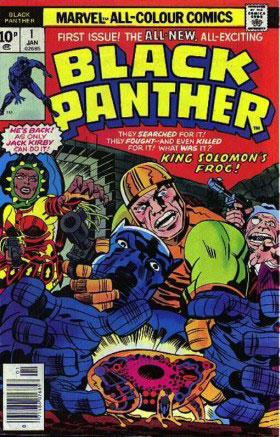 Suddenly, in the 1970s, it dawned on major American comic book publishers, that perhaps they should try something new and introduce black characters within their strips. Although one of the most conservative business at the time, and still today, both Marvel and DC Comics ventured in the market and created new black super heroes.

Apparently, the whole blacksploitation movement had somehow convinced the publishers that maybe, black kids now had growing disposable income, just like their parents, who were watching movies made for blacks. The 1960s had been a decade of change and questioning in America, and if one looked through the comic book industry, nothing of that could be seen. Well, almost.

Marvel, the ever lasting rival and upstart, had gone through great length to look relevant, by giving real personalities and conflicts to its characters. It’s Marvel Comics no less who created the first major black super hero – Black Panther in 1966. The Panther, was introduced within the pages of the Fantastic Four and quickly became a member of the Avengers. This was unthinkable back then.

Comic book fans and history might have forgotten Marvel’s Black Panther, were it not for the real Black Panther movement that came about after the introduction of the African king. The king of Wakanda, the most advanced country on Earth became infused with a new purpose and reason to be. He was a forerunner to something big in America. 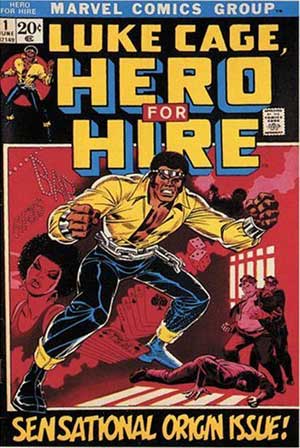 Unfortunately, T’Challa, the Black Panther, did not really resonate with fans. How could a concept so foreign as Africa appeal to kids? He was involved in international stories and had nothing related to most of the black kids reading comics. That’s where Luke Cage comes in. Luke Cage, could do everything the Black Panther couldn’t because he was American. He was real.

Cage was also different from other heroes. He was a man for hire who refused the play the super hero game like others before him. Some say he was defiant, others say, he was innovative. Whatever the case, Luke Cage was an original idea highly influenced by the times. He made his way into the Marvel universe, touching on the parts of America, that others wouldn’t.

By this time, DC Comics, like usual, was feeling behind, and tried to step in the new black super hero craze. As with everything DC, they did it conservatively. Instead of introducing someone like Luke Cage or the Black Panther, DC Comic’s Denny O’Neil, who was experimenting with liberal ideas, introduced John Stewart, as a replacement Green Lantern in the 1972 Green Lantern/Green Arrow series.


The Black Skins, I Want To Know How Come?

Stepped in the strength of a legacy and a franchise, John Stewart could occupy a place in comics, without being too radical for the company. Still, the strategy backfired. Instead of adopting and accepting the character for what he was, many fans, in the darkest reaches of their mind began to dread the possibility that one day, John Stewart would replace Hal Jordan. 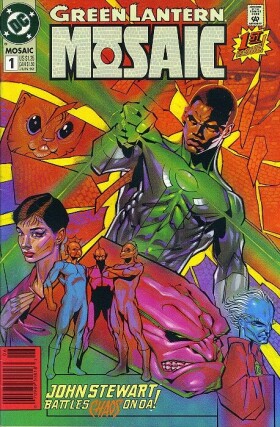 Apparently, DC fans were not the only ones to feel this. Others at DC also felt this. Years later, Earth was flooded with Green Lanterns of all shapes and size, making the black one less threatening. But when Cartoon Network and Warner Bros animation decided to feature John Stewart as the defacto Green Lantern on the Justice League cartoon, all the fears returned.

The solution to John Stewart’s latent threat came as Black Lightning in 1977. This time, DC Comics had specifically mandated that there would be a black super hero. But the original notion felt so offensive to Tony Isabella, that he asked the company to handle the job. He created Black Lightning, which for lack of any serious powers, was quite like Marvel’s Luke Cage.

Black Lighting worked with gangs and in the slums of Metropolis where Superman never set foot in. Black Lightning, however has had a difficult existence from day one. Embroiled in a rights’ debate, he was passed over in the Superfriends cartoons of the late 1970s in favour of Black Vulcan, an obvious clone with the same powers. Much of his initial purpose has shifted in years. 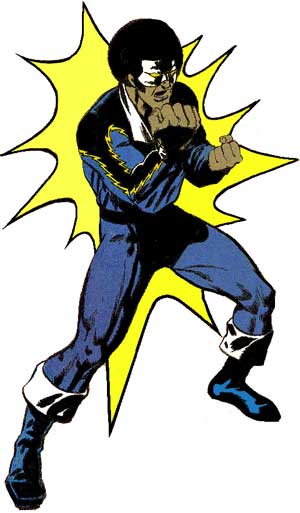 Today, he is often touted as DC Comics’ main black character, but has very few appearances to prove the claim. His situation is similar to Marvel’s Falcon, the second main black super hero introduced in 1969 as a new sidekick to Captain America. The Falcon, unlike most sidekicks had the originality of not having powers similar as that of his mentors.

The Falcon also has the dubious title of being the first real affirmative action hero. Added to the Avengers to add some colour to the team by authorities, he symbolizes how many feel about black super heroes. There is often a feeling that they are being “shoved down” people’s throats. This is especially true, when there’s but one token black on a super hero team.

Black Panther, the Falcon, Green Lantern John Stewart, Luke Cage and Black Lighting represent Marvel and DC Comics’ first attempt to integrate ethnic characters into their comic books and to show them as heroes. Although their very presence in a comic book or a cartoon series is controversial, their presence in a comic book is quite different from, say a Chinese or an Italian hero.

No one perceives black super heroes like other ethnic characters as a whole because, they are, after all, Americans. This is why the Black Panther, is the only character that steps out of the traditional roles of black super heroes. In a sense, Black Panther is like the Sub Mariner or Wonder Woman. He is of foreign descent and deigns comes to America as a superior and mature outsider. 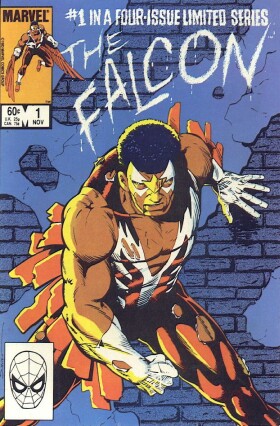 John Stewart and the Falcon are cipher characters. Publishers introduced both as legacy characters, part of an established family. Both turned up on cartoons, replacing their predecessors. Both went trough several changes, but still remained part of the family. Each is an attempt to add diversity and blacks with some push from the established universe of their respective companies.

On the opposite, Luke Cage Power Man and Black Lightning were genuine upstarts who started their lives without the official support of a super hero community. Each was introduced in his own series and left floating according to the market. Each was first involved in stories directly related to their communities. They are also more stereotypical of 1970s black clichés.