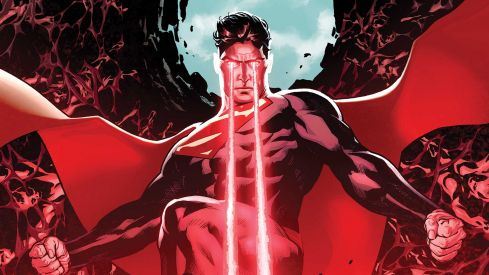 Mrs. Kent demonstrates her resourcefulness when her idyllic existence on the Kent Farm goes a little haywire and dark machinations rise to the fore in "Black Dawn Chapter 3."


This Lois centric issue, penciled by Doug Mahnke, reminds readers of what Clark/Superman saw in Lois that made him fall head over heels for her. Holding her own against the dark forces arrayed against her, Lois nearly defeats them all. It's wonderful to see the not-really post Crisis, Post-Crisis Lois in action defending her family and herself as only she can. Tomasi and Gleason only briefly touch on the not-really post Crisis Superman's (whom I've been jabbering about non-stop) whereabouts and adventures, as they take some time to focus on not post-Crisis' Superman's better half. It's a great change of pace, but more importantly, it's an affirmation that Superman's supporting cast is just as important to the current Superman stories as the main man himself is.