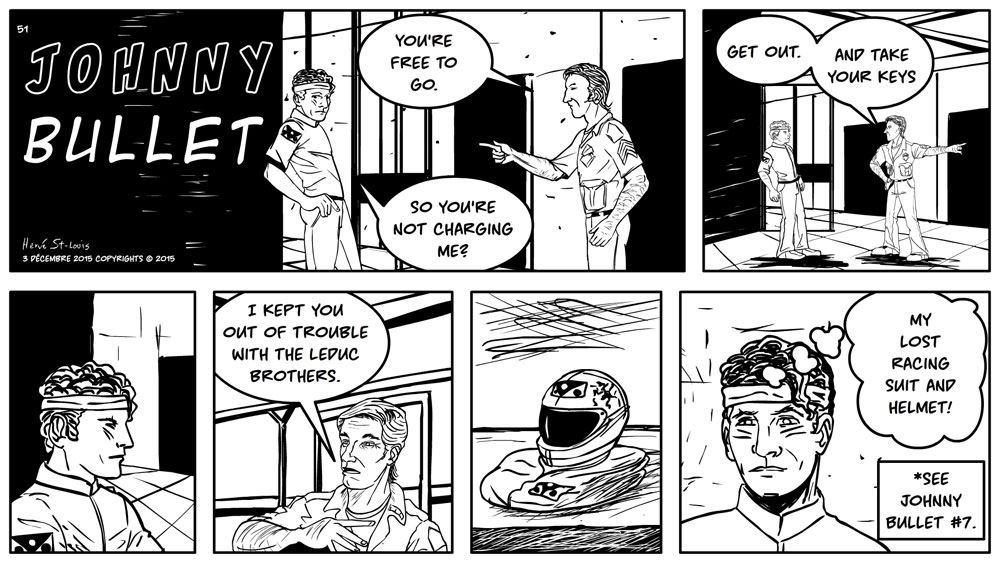 
Hello. Johnny Bullet is a bit late this week. I’ll still try to deliver a new page for Sunday. I also have to draw a few more pages to cover the holidays’ disruption. I’m a bit concerned that the number of bonus pages and character models may have confused Johnny Bullet’s readers. So earlier this week, I produced a comic checklist like the ones comic book stores used to give to their customers in the 1980s and 1990s. It’s a checklist that can help you check which Johnny Bullet page you’ve read or not. You can also use it with other comic series.

This checklist is available only for my Patreon supporters. I made it so you can print it with an Avery postcard stock with your own home printer.

For the next few weeks, I’ll just put up new pages and avoid bonuses and try to avoid filler. I want to reduce confusion with Johnny Bullet. Another thing that I’ve done this week is reduce Johnny’s jail sentence! I wasn’t supposed to release him this week, but I heard enough feedback to know that many of you have been waiting to see him get out of jail. It was supposed to happen later but after ten pages of him in jail, it was time to let him go!

I’ll try to see you next Sunday, December 2, 2015 with a new Johnny Bullet strip.