X-Men Gold #2 And The Rebirth of Progressivism at Marvel Comics?! 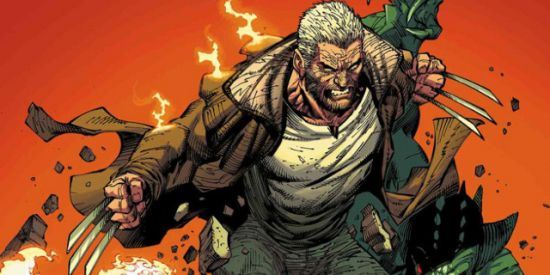 So. I just bewailed the end of the progressive era at Marvel Comics by referencing the heavy handed and politically right leaning themes in X-Men Gold #1 which were obviously an attempt to be more "even" in the presentation of political ideas in their books. This happened just as Marvel Comics announced that they would be getting away from political themes and social justice story lines, much to the glee of hard right conservatives.


Then X-Men Gold #2 was published. Suddenly, the talking head, named Lydia Nance (who is the head of the bluntly named The Heritage Initiative) on the ficitonal "The Fact Channel" is clearly labeled as an "anti-mutant racist." Later on, Nance is portrayed again as vilely suggesting "mutant deportations." These portrayals obviously mirror the frightening hard right ideologies that have a strangle hold on the upper echelons of the American political system. Clearly, the "conservatives" are the bad guys again, and the X-Men are fighting the growing public tide of anti-mutant sentiment, along with the new Brotherhood of Evil Mutants, in direct opposition to the declaration of current X-Men Gold writer Marc Guggenheim, as he was quoted at Newsarama:


"Marc Guggenheim, the writer of X-Men: Gold, spoke to Newsrama about the publisher’s plans and the direction of its upcoming comics. The writer said that the new books are “more about the X-Men as heroes than the X-men as a struggling minority fighting for their very existence.” (The Daily Wire)


Meanwhile, a "mutie" is murdered on the streets of the Lower East Side of New York City in an obvious hate crime and the aforementioned advocating of "mutant deportations" by Nance is prompted by the Brotherhood of Evil Mutants announcement that they've taken the mayor of New York prisoner "in the war that has been waged between Homo Sapiens and and Homo Superior for decades" mirroring Jihadist terrorist activities.

All of this reads as incredibly "liberal" to the conservative reader and smacks of social justice storytelling. I'm not complaining, and I'm overjoyed to have my previous rant proven wrong. It appears that Marvel Comics is not abandoning their social justice story lines. Maybe, they are just re-branding them...

Think about it. The X-Men ARE being portrayed as heroes and not just as being a "struggling minority fighting for their very existence." They are standing up to hard right fascists. They are not in danger of being eradicated. They are actually stronger than they've been in several years, more in the public eye than they've been in several years, and are the heroic progressive heroes battling the evil fascist "conservatives."

I can't believe I'm saying this, but...well done Marvel. Well done. You had me fooled. The social justice story lines apparently will continue...just more explicitly as good vs. evil tales than even before. The hard right "conservatives" are the bad guys. Although, I'd like to think that real conservatives would consider these hard righties as not true conservatives.

Now, I've gotta read issue #3 and see if this anti-rant holds up, or Marvel Comics is just behaving in a bi-polar way to garner sales...