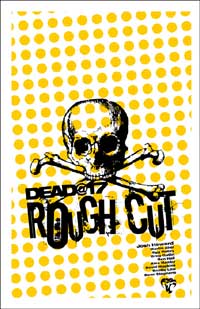 It's a tale of friendship, destiny, and betrayal set against the backdrop of the eternal conflict between Good and Evil.

This fall, get the whole story... in Dead@17: Rough Cut. This 48 page special features four writers and four artists providing their unique spin on the Dead @17 world, uncovering the tales that have until now been left untold. All this, plus an all new story by series creator Josh Howard. 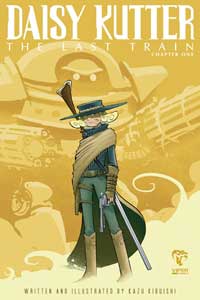 Filled to the brim with action and romance, Daisy Kutter is a tribute to the best westerns of yesteryear. Add to that the sci-fi fantasy inspired by Miyazaki and Moebius, the high octane fun of Cowboy Bebop and Lupin the 3rd, roll it into a package full of even more nods of the greatest comics ever made, and you have a fun ride through the strange and fast paced universe of Daisy Kutter.

Daisy Kutter, the most feared gunfighter in the New West, has just retired from a life of crime to start a general store and, hopefully, a new life. However, old habits die hard, and she is pulled back into the life of a gunslinger by the ghosts of her past.

Daisy Kutter is ™ and © Kazu Kibuishi and Viper Comics 2004.