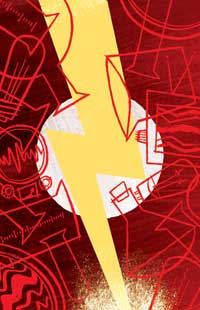 This is the second part of a miniseries on the rise of DC's Silver-Age heroes, set in the late-1950s-early-1960s, the very years when these characters first gained prominence. This is a real salute to the dedicated DC fanboys and history buffs and it is doubtful a newcomer would recognize the significance of Ace Morgan piloting a plane with three other guys aboard or Hal Jordan questioning his lack of fear. For those who know what it all means, this is a stirring tale, fleshing out the entertaining if somewhat simplistic comic book stories of the time. We get to see the Martian Manhunter and Slam Bradley encounter Batman and watch Wonder Woman and Superman in Indochina. The highlight is the championship match between Ted Grant and a guy who is obviously a young Muhammad Ali. But watching a newly-minted Barry Allen rescue his beloved Iris and take down Captain Cold is a lot of fun too. Cooke combines revisionism with a healthy respect for the times so all the major characters do look heroic, despite their old-fashioned attitudes. His art is always clear and moving without resorting to the photo-realism or manga-style that are all the rage now. Right now, this issue, like the first one, is largely a collection of short stories featuring some classic DC characters. It is still difficult to tell where this story is going and what this whole thing is building up to and like so many great "epics", it may fizzle out in the end but many of the shorter stories will still stand out on their own.