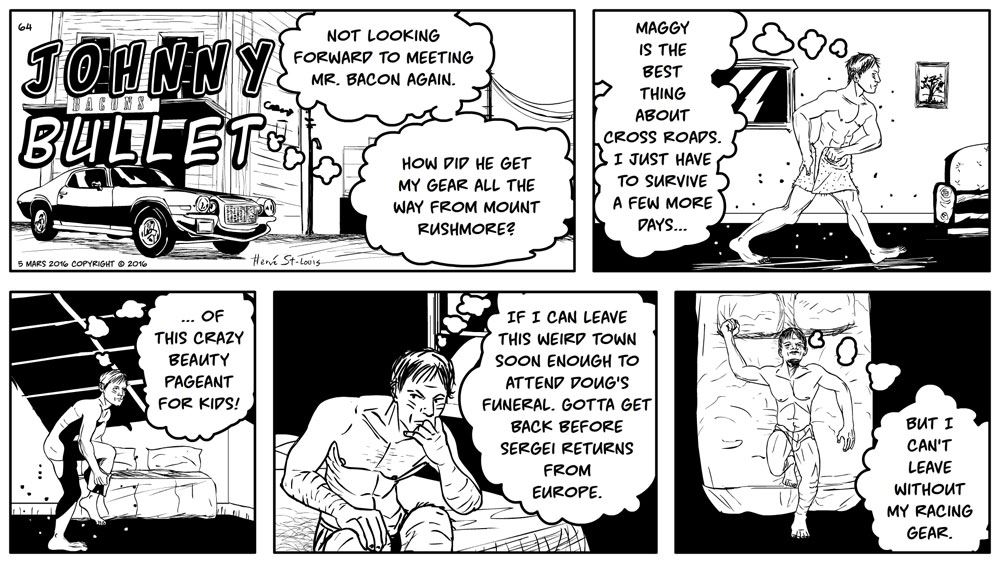 
I noticed that in some of the other sites where I post Johnny Bullet that I often post the wrong language version of the comic! I’ve done this here too a few times. I guess it’s to be expected for a comic published in both English and French at the same time. The thing is, I don’t notice the errors because no matter what language of the comic that I read, it sounds right for me! That’s what happens when one is bilingual to this extent.

In other news, would you prefer reading a batch of Johnny Bullet stories at once or prefer the once a week format I’ve followed since the beginning? Let me know your preferences.