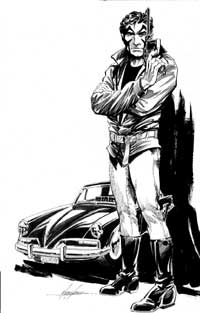 Philip Schweier grew up in the Midwest, before moving to the big city to become a mild-mannered newspaperman for a mediocre metropolitan newspaper. When the newspaper industry eventually fades away later this year, he hopes to secure his future by going into the carbon paper industry.