Wiping Out On The Wave Of Nostalgia 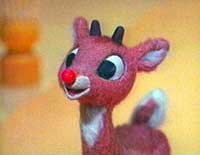 So I’m driving to work listening to Bob & Sheri, my usual early morning radio gabfest that originates in Charlotte, NC. Sheri relates how she and her 3-year old daughter watched Rudolph the Red-Nosed Reindeer together, “because Mommy used to watch it when she was a kid.” She took issue with the idea that “it was stretched out to an hour.” This became the subject of the segment, how broadcast TV will pump a show chock full of commercials in order to fill a specified time slot.

Being in the broadcasting industry, Bob & Sheri know better than most why this happens. What they seemed unaware of was that Rudolph has always been an hour. I don’t begrudge them being uninformed, though if Sheri had watched it with any degree of attention as a child, she would know that it had always been an hour.

Rudolph was first broadcast in 1964, a couple of months after I was born. I watch it every year. I always enjoyed the Rankin-Bass animated shows, and the only one that is still on network TV is Rudolph. Through the lean years without cable TV I was still able to watch this holiday classic. As siblings moved out of the house, as friends and relationships came and went, there have been only two constants at Christmastime: watching Rudolph, and attending Christmas mass.

If anything, the Rudolph Christmas special has been restored in recent years. I remember watching it a few years back, and seeing the Head Elf storm into the workshop. “WHY WEREN’T YOU AT ELF PRACTICE?” he bellowed at Hermey, the would-be dentist. Elf practice? What elf practice? None of us were at elf practice. They cut that segment from the show to make room for more commercials.

I may not have been the only viewer disappointed by this, because since then they have restored the elf practice segment, as well as other bits and pieces trimmed over the years. A bar from a song here, a line of dialogue there. The Charlie Brown Christmas special has also been restored to its original version. This may be a fortunate side-effect of home entertainment. Movie purists often expect the most complete version on DVD.

Jobs come and go, marriage and relationships may collapse. While the divorce rate may make lifetime monogamy a thing of the past, it’s an inherent human trait to cling to that which has been so ubiquitous in our lives. Which is why some of us get upset when networks or movie studios announce a remake of our favorite old movie, or a sequel or some new variation on a childhood favorite. It’s borne largely from fear, that the new incarnation will diminish what may be one of the few longterm relationships in our lives. 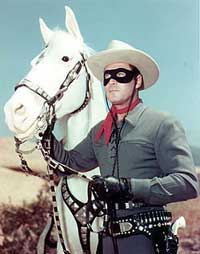 Clayton went to court charging, in a $30 million suit, that Wrather had exploited him and "wrongfully deprived" him of his earnings for the use of his "likeness, voice and actual photographs and movie clips". The Los Angeles Superior Court Judge issued an injunction forbidding Moore from wearing the mask or any mask substantially similar in appearance. Clayton continued to make personal appearances while wearing sunglasses.

Naturally, this action angered the fan base of the original television series. By alienating the baby-boomers who grew up on the show, the producers pretty well denied themselves the revenue of all those parents who would be taking their kids to see the film.

Bad publicity continued to follow the production. There were allegations of dubbing the voice of Klinton Spillsbury, the actor playing The Lone Ranger. When it was released in 1981, the film earned grossed $8 million at the box office, according to the Internet Movie Database, and it is Spillsbury’s only acting credit listed.

The court case between Moore and The Wrather Corporation was finally dropped in September, 1984, and he continued to make personal appearances as The Lone Ranger as long as his health permitted. He died in 1999 at the age of 85.

But sometimes, what we remember aint all that great. Television series we watched as children were viewed through the eyes of a 6 or 8-year old. But 20+ years later, we are reintroduced to them, and as adults recognize the plot holes, bad acting, and recycled footage. 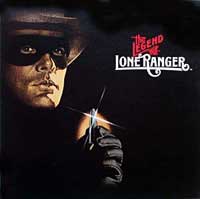 But for every Lone Ranger, there is a Star Trek: The Next Generation. Updating a property, and meeting the expectations of contemporary audiences, can often payoff far better than the original did. The tricky part is never wear out one’s welcome. The Star Trek franchise has been milked to death, with a disappointing box office performance from Nemesis, the final Next Generation movie, and questionable ratings from UPN’s retro-Star Trek series, Enterprise.

It takes an even hand and discerning eye to determine the best elements from a property, and to understand how much some of this material means to fans all over the world. Sadly, the collective voice of the fans often falls on deaf ears in Hollywood. Filmmakers will adhere to their vision of the property, and that vision is often colored by the green of big money.

But all things grow and evolve over time. Superman, for instance, has been in existence for over 65 years. In that time their have been inumerable interpretations in print and on film, and each has made it own contribution to the overall lore of the character. If we are to expect the custodians of our heroes to respect that which we hold dear, we must in return be open minded to allow new (and progressively better, hopefully) custodians to enhance the property as a whole •