State Of The Market 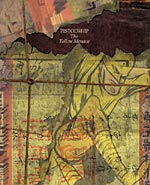 Recently, the Savannah College of Art & Design in Savannah, Ga, held their annual Editor's Day, an opportunity for high-level industry people to offer some real-world advice to aspiring comics professionals, as well as review portfolios, and possibly give a talented newcomer a leg up in the field.

In attendance at the Q&A panel were Chris Starros, Editor-in-Chief & Publisher of Top Shelf Publications; Joey Cavalieri, Editor at DC Comics; and Jamie Rich, Editor-in-Chief of Oni Press. Axel Alonso of Marvel was slated to attend but was delayed due to airline complications.

Their collective assessment of the market is that while general interest in comics as a whole is growing, this dilutes the market in standard super-hero comics fare such as Superman or Spider-Man

"The direct market seems to still be stagnant," said Chris Starros of Top Shelf."It seems like since '93, there been an 11-year slide, and it's kind of bottomed out. It's staying level at this point. Maybe there's a slight upturn but we still haven't seen a real resurgance yet."

Part of the reason for diminishing sales in the direct market is that the audience for monthly comics expect that a serialized story will eventually be collected, and many wait for the trade paperback. "People want to wait and get them all and get that full experience," said Jamie Rich of Oni Press.

Because comics are something of a cult following, Starros feels that fans need to be misssionaires. "One of the things that I try to suggest to everybody is buy graphic novels for Christmas gifts," he said. "Buy them something that is going to rock their world. If they're accessible and it means something to them, it just might hook them."

A large part of that seems to be the abbreviated shelf life of monthly publications. "It's such a wonderful thing to keep these things in print for years and years," said DC editor Joe Cavalieri. "If you produced a masterpiece, it was replaced by something else the next month. Now it's forever." 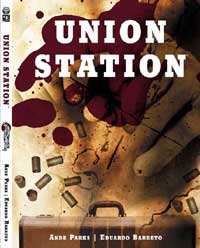 "It's the only thing the book trade keeps in stock," Starros added. He cites retail outlets as areas of significant expansion in recent years. "Where you've seen big growth is in the book trade, with large libraries and Barnes & Nobles, Borders, Tower, Virgin, all these people really getting into graphic novels and that seems to be where the explosion is."

"These are the interesting times because comics publishers are so used to being able to do it however they wanted to do it, and the bookstores aren't like that," said Rich. "They want it to look a certain way, they want it to be a certain size, they don't want thin books, they want big books, they want certain prices. It's interesting to try to figure what kind of material those people are going to want, because there actually aren't a lot of people who control what comes into bookstores en masse. There's only a few of them."

Book trade magazines such as Booklist and the American Library Association are all covering comics a lot more, and it would appear that libraries have become big champions for graphic novels. Many are using them to get young readers into libraries.

Starros cites films such as Road to Perdition, Ghost World, and American Splendor as being helpful in drawing attention to comics as viable entertainment for adults. "I think it's drawn people to look at comics a bit more and in the last year helped us get more press," added Jamie Rich.

Such exposure has led to feature stories in magazines such as Spin, Rolling Stone, and Entertainment Weekly. "Recently Time magazine did an article on American Splendor," Starros said, "and was touting how graphic novels are really cool, and they decided to feature three or four books. There was an example of us benefiting from Hollywood and getting some big key reviews in a magazine. 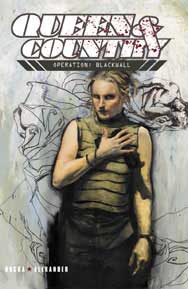 "I think right now the comic book market is constantly fluctuating," said Rich. "We're seeing different things rise and fall at different times. At some point in the future we're going to have to figure out who's going to stay and who's going to go." Praise and adulation? Scorn and ridicule? Email me at Editorphilip@comicbookbin.com.