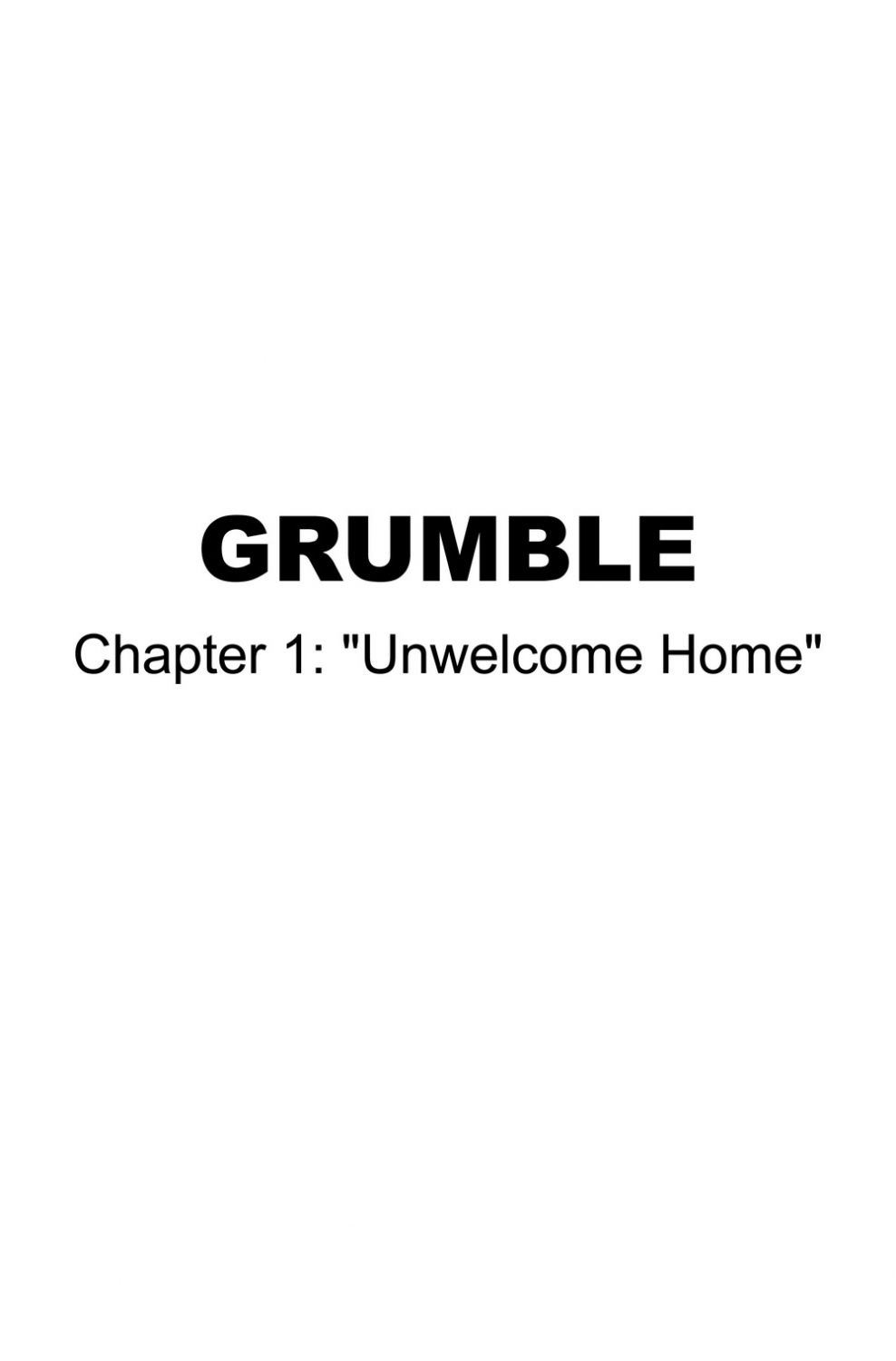 Are you ready for the fourth page of Grumble Chapter One? Well, it's just a title page!  Looking back, I should have had Diego add some art, even if it was just a little.