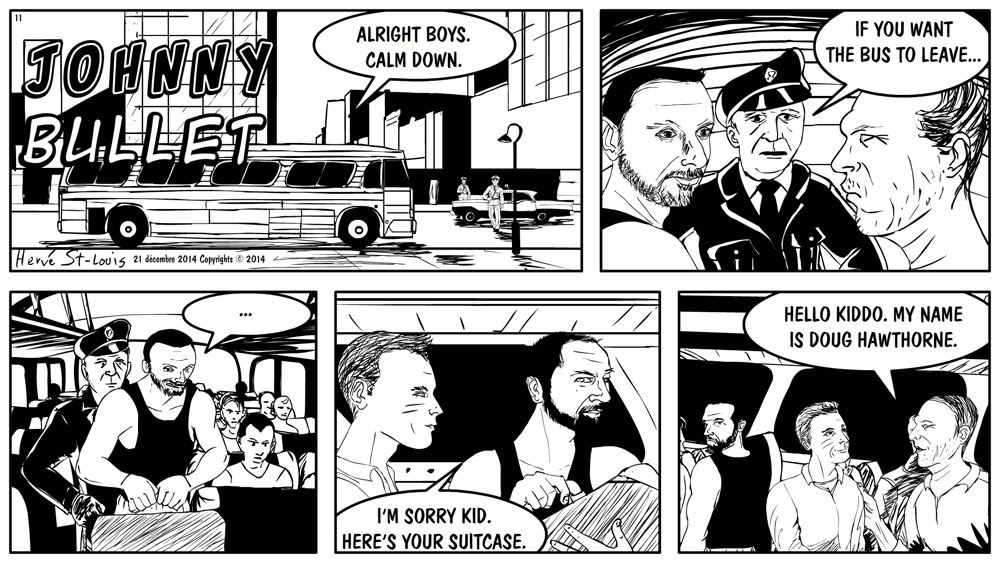 
That’s it. This is the last Johnny Bullet comic strip that I had ready to run on the site. The holidays wrecked my schedule and I’ve been very busy in January thus far. The situation will not change until February. The only thing I could draw today was the Charlie Hebdo cartoon featured in another article. I really found out late about the Paris attacks and have been cut off from news and the Web the last week while working some important projects. I wish that I could have responded earlier than today.

Let me explain the Charlie Hebdo comic trip here since I think I may have been too esoteric with the references and themes used. I would explain it in the other page but that would defeat the purpose of a standalone comic strip responding to a political even.

Charlie Hebdo started as a French magazine reprinting Peanuts. The two brothers are in heaven and God is scolding them. I drew God as adult and did not show his face, just like grown –ups in the Peanuts comic strips. We also cannot decipher his words, just like in a Peanuts strip. His speech consists of 'wa wa wa wa" just like in Peanuts. In Islam, Mohamed and God are not to be represented graphically. I partially break this rule in the comic strip by drawing God. I am not Muslim. My cartoon requires readers to have a culture and an understanding of comics history - hence the audience at ComicBookBin.

I will try my best to have a page ready for next week.