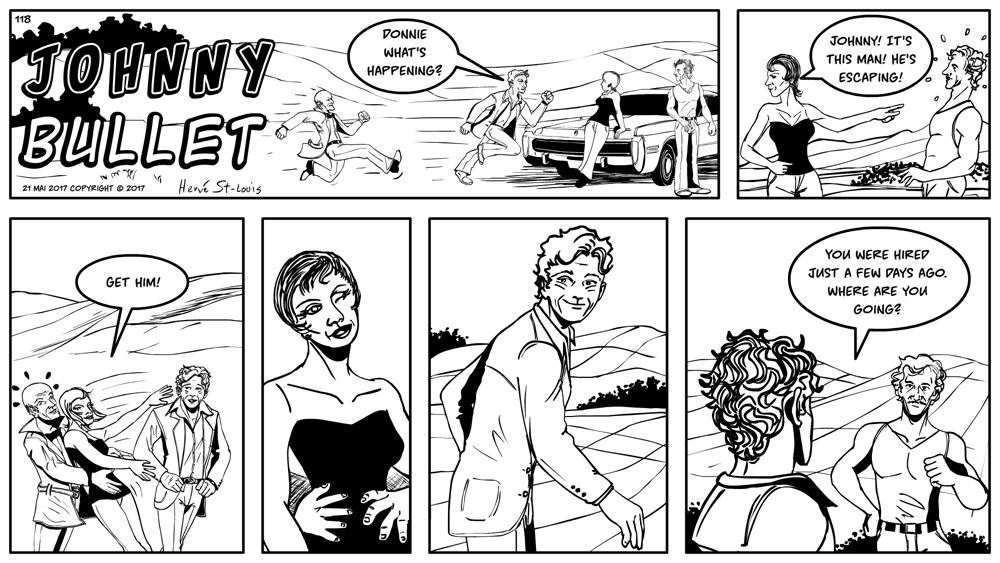 
I have removed the Johnny Bullet mirrors strips from Tapas, Comic Fury, Smack Jeeves, The Drunk Duck, Webtoon, and Amilova. My decision was based on the recent controversy with Tapas granting itself the right of first refusal over any comic posted on their platforms by creators. Although Tapas has removed this policy from its terms of usage for creators, trust in them with many in the webcomic community has been broken forever.

I never fully trusted them and always found them shady and unsupportive of comics that did not fit their target audiences. I’ve written a lot on Tapas in the past and have been preparing a scholarly article on them since last year. I never got to finish it because I have been focusing on my dissertation. Nevertheless, I think that they are not good people to work with.

I did not provide any warning to the followers that I had on Tapas. I sent my 30-day notice to Tapas as per their policy and then removed Johnny bullet from their server and deleted my account, as per their instructions if you refuse to be part of the policies. Many other cartoonists have done the same. Tapas was greedy, trying to get access to other people’s intellectual property on the cheap using an underhanded approach. They had made many changes and had announced them but they did not bother to announce their new right of first refusal.

I see that many cartoonists still trust them and are happy that they removed the policy from their terms of service. I think most of them are amateur or very young creators who are afraid of losing the audience from Tapas and striking it on their own. Tapas does offer a service and an audience which is decent for new creators. But it’s not worth if you cannot trust them. They may not try to pull this stunt again, but they have pulled many other ones over the years.

When cartoonists don’t avoid pimps like Tapas, they make themselves vulnerable and they deserve the hurt they eventually get. If you still use Tapas, I urge you to leave them. There are other platforms and places where you can post your comics. Having said this, I did delete Johnny Bullet from these other places. I own ComicBookBin. Johnny Bullet is at home at ComicBookBin.

I had tried the other services to get the word out on Johnny Bullet. But I do have a Facebook page and an active Twitter account for that. Other platforms have disappeared and changed with my contents from Johnny Bullet over the years. Delitoon is such a place. I don’t want to count on the benevolence of any third party when it comes to broadcasting Johnny Bullet. Comic Fury, Smack Jeeves are managed by what appears to be decent people but I don’t want to depend on their whims and hope that they will be good people.

The Drunk Duck has changed over the years and had many internal management issues. It is still owned by Platinum Comics, an outfit with a history of not paying creators who did comics for them. Smack Jeeves has been attempting to monetize its platform for years and gone through redesigns where some of the work done by creators had been erased and sacrificed, or had to be redone to fit their new designs. Amilova is in a similar situation for years, they tried to monetize a webcomic ton print platform and they gave up in 2016. It’s a nice place but their situation seems precarious. Webtoon was created by Koreans who like Tapas have the same business ethics and do not seem at ease with North American comic culture. Also, if you don’t create a comic that they like, you will get not coverage. Comic Fury is the most decent place. But its design is old and it seems to be run as someone’s pet charity. They foot the bill for everything and don’t even bother adding advertising to their platform. One should be weary of such places as you never know what will happen if the operator suddenly changes or faces some personal hardships that prevent him for fully supporting the platform.
This has happened to WebComics.fr, the last platform
where you can still read Johnny Bullet outside of ComicBookBin. Management for a transition for this site is more complicated.  I have more to say about that in the French version of this week’s strip. See you there, if you can!