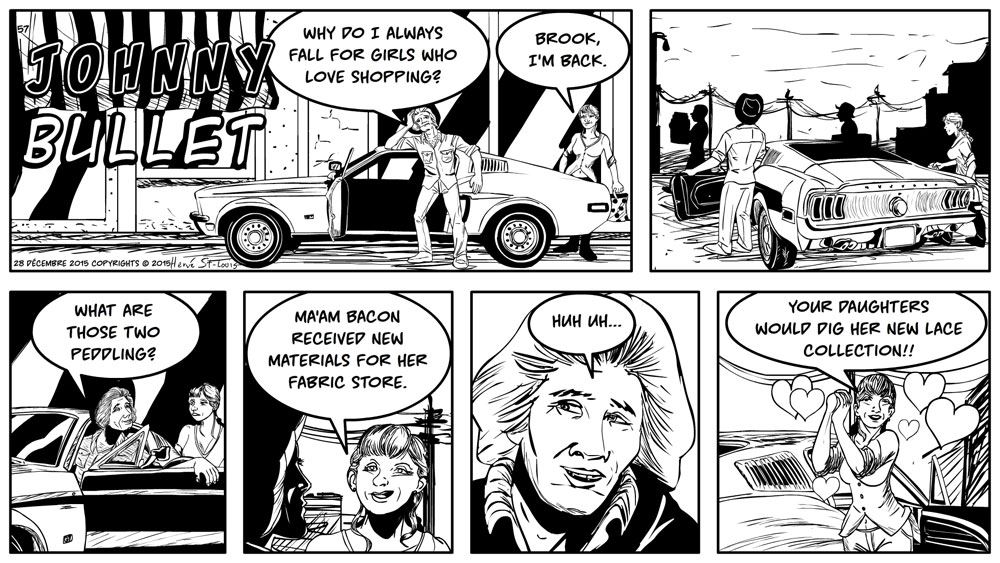 
Back to our regular schedule! I've made a few decisions about the eventual print version of Johnny Bullet. It will be released sometime in 2017 after I've had at least the first five chapters ready for one collected edition. Each chapter, you have noticed is 22 pages, just like in a regular monthly comic. We're almost nearing the end of our "third issue" in case that you were wondering.