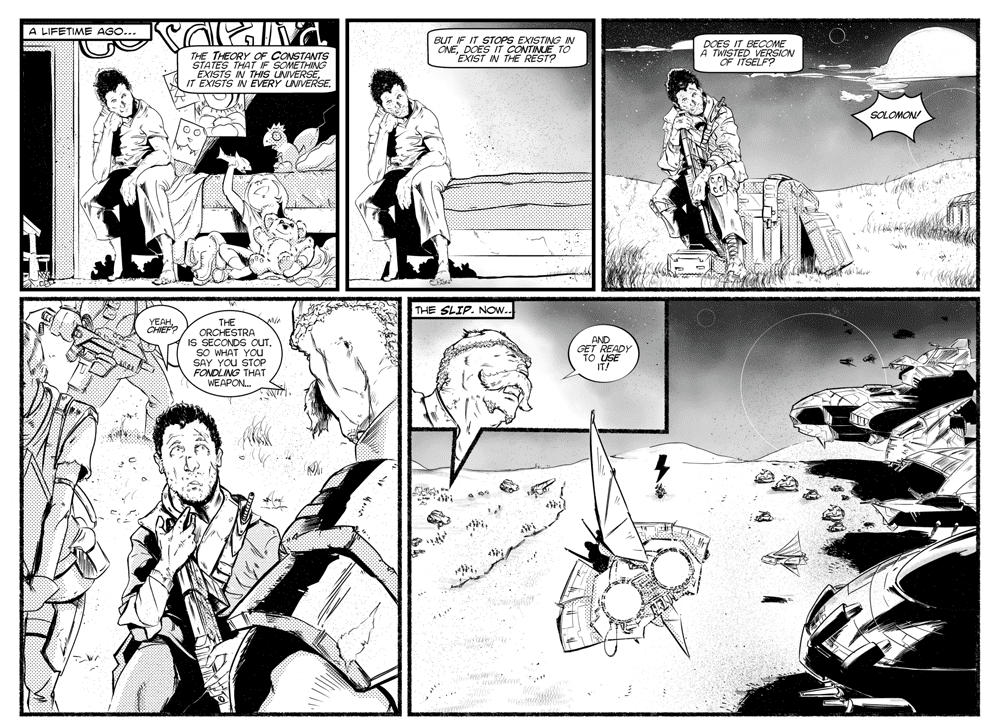 
Solomon and Odessa Burke's family has been torn apart by tragedy. They will tear the universe apart if it means the chance of putting their lives back together.

After an accident strands them both in an interdimensional highway called the Slip, Solomon and Odessa find themselves separated by a war that threatens the fabric of existence. Unsure of whether the other is even alive, they embark on separate journeys to find peace, but the only constant in the Slip is pain.

The Slip is a weekly sci-fi web comic that releases every Sunday.