ComicBookBin - Filling you in since 2002 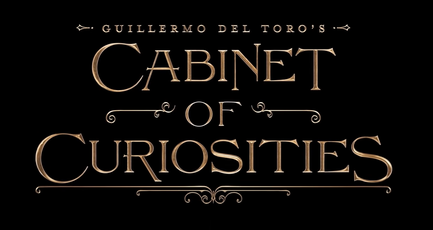 
This anthology series is Curated by Guillermo Del Toro, inspired by a book he has written. He also co-wrotes some of the screenplays. If you know Del Toro, you'll know that he does horror and the macabre and social commentary well. In fact, he introduces each episode himself. And he has a host of good directors at the helm too. The Directors of 'The Babadook', 'Cube', 'Mandy', and the 'The Vigil', to name but a few.  I've watched two of the eight episodes in this series thus far and I can tell you that I am impressed. There is a feeling of being pulled in and immersed in the narrative unfolding on screen and experiencing dread and chills and sympathy for the characters. Even when they might not be the most sympathetic of people! In the first story, 'Lot. 36', we see a thoroughly unpleasant character buy a recently unowned...   More

At first a comic book collection listing, ComicBookBin publishes comics reviews and news. It informs hardcore and casual comic book fans and collectors. Expanding its coverage in action figures, movies, games and more, it also offers three mobile apps. Over a decade later, ComicBookBin has (28388) articles written by a dedicated team of writers.

The Ubiquitous sets are snap and stick blocking systems used to create action figure backdrops.  There are two sets, the original and the extension. I bought both, although this review will centre on the latter. Nova, a Chinese company, produced and introduced the sets around 2017. I’ve had both sets for about a year (buying them together) and have not...   More

Namor, ruler of Talokan, wants to force Wakanda to ally with him against the rest of the world, or else

The new Viper three-pack exists to fill an important void for collectors, as Hasbro slowly realizes that the demand for Classified action figures, especially army-builders, is enormous.

I like to think of the Vipers as the marines of the Cobra forces, so another service entirely from the Cobra troopers and infantry who are army based.