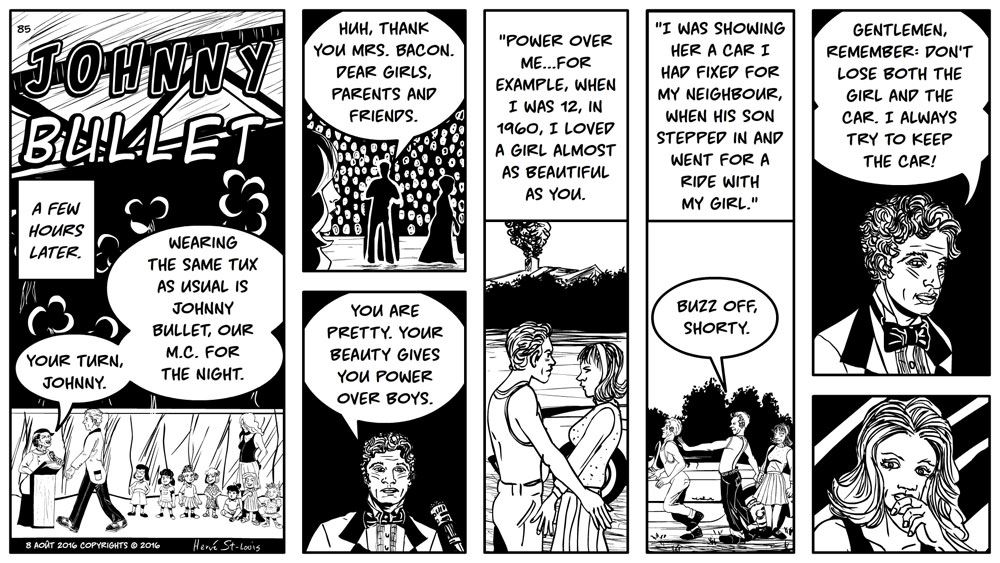 
This was an important episode of Johnny Bullet for me, and I hope for you. I am definitely a show person instead of a tell person. In the past, some critics have complained that we didn’t know much about Johnny Bullet’s personality and thoughts. I think that it’s been pretty clear and displayed visually. I just don’t say things most of the time. But Johnny is definitely not, I don’t know, Batman, Sider-man, or Doctor Who! He has a distinct personality which if you read the strip carefully, and observe the visuals, will tell you a lot.

Nevertheless, I think that this week’s strip will help readers who felt that he was bland. Again, much of the characterization is indirect, just the way I like it. But at least, there is more that I spelled out for readers who are not used to reading between the lines!